(INTERVIEW) Igor Dodon: I will remain at the service of the citizens of the Republic of Moldova and contribute in every way to make our country prosperous 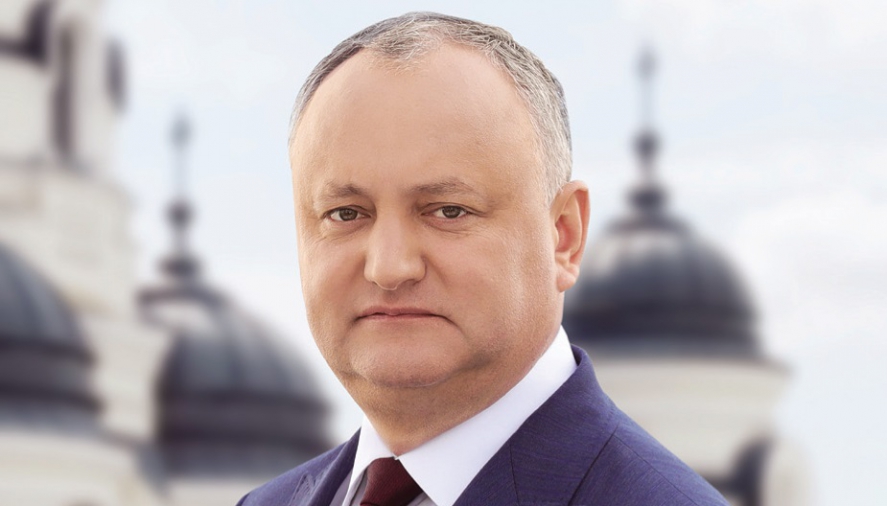 Interview with Igor Dodon, President of the Republic of Moldova from December 2016 to December 2020, leader of the Socialists, for Political Almanac 2020

Mr President, in your opinion, how was the 2020 political year?

A difficult year, strongly marked by the pandemic of COVID-19, by the economic crisis that followed the pandemic, by the drought, but also by the presidential elections. It was the year in which, together with our colleagues, we had to take full responsibility for the country’s fate. While others took care of their partisan and personal interests, we had to do everything possible to keep the situation under control, the country’s vital projects to continue, people to receive pensions and salaries on time, etc. In a word, we had to do everything to ensure the proper administration of public affairs, and I am glad that we have succeeded. In general, the last years have been the most difficult in the modern history of the Republic of Moldova, after the conflict on the Dniester in 1992.

How would you qualify the collaboration you had in 2020 with the Government and Parliament?

If we talk about working with the Prime Minister and the President of Parliament, then I would say it was an excellent one. Namely, thanks to the constant and consistent dialogue that we had, but also thanks to the fact that we combined our efforts and established by mutual agreement the priorities and the ways to achieve the set goals, the efficient governance of the Republic of Moldova was achieved. If this collaboration had not been good, the situation would surely have gotten out of hand and the country would have slipped into a precipice. I would also like to thank the President of Parliament, Zinaida Greceanii and Prime Minister Ion Chicu for our good cooperation in the interest of the country. And, by the way, in 2020 I convinced myself that I made the best choice when I entrusted the position of Prime Minister to Mr. Chicu. He did a great job with his difficult mission.

I also had a good collaboration with the majority of the members of the Government in the interest of the country, but also with the Socialist deputies, who also made constant efforts to overcome all the problems that the Republic of Moldova faced in this extremely difficult year. Unfortunately, the same cannot be said about those in opposition …

What do you have in mind?

And in 2020, the opposition has shown that it does not have the capacity to put the country’s interests above those of the party. We did not ask them to help manage the complicated situation, unprecedented in which Moldova was mentioned – Thank God we have enough capabilities to manage on our own! But, given the specifics of the situation, they could at least not confuse. Sometimes I simply could not understand the behavior of the opposition – speculating on serious issues related to human health, the strategic interests of the country and all this was done for a single purpose – to get political dividends.

But from a certain point of view, the opposition’s behavior could be understood – 2020 was an election year, and in such years it defeats the one who is more active and convincing.

Or the one who manipulates more and better. Since you’re referring to this year’s presidential election, I want to tell you that it has never been manipulated or lied to more than this year. And so did the opposition and those who worked for them. Remember those false investigations that appeared like mushrooms after the rain – directed from the same command center, where there was nothing truth and all had one purpose – to strike at me, misleading public opinion. Or remember the opposition’s false statements that the election would be rigged. Or the massive manipulations that took place every night in the studios of certain televisions.

Two important things we must remember about this year’s presidential elections: never in the history of the Republic of Moldova has the power behaved so fairly in relation to the elections and, I think, this would be appropriate to recognize it and the representatives of the opposition; the opposition has never conducted a dirtier election campaign than in 2020.

But regardless of these findings, you gave them to the opposition and the Government after the election. Specifically, you invited them to take responsibility for the government, assuring them that the Socialists will vote on any Government proposed by the new President, Maia Sandu.

If you’ve noticed, after the election they had started a massive new campaign to manipulate public opinion, lying that we don’t want give up power. We offered them to the Government both to prove to them that they are liars and that we do not hold on to power at any cost, and to think about people’s health. You saw that in order to achieve their goals, they took people out into the streets during a pandemic, exposing them to enormous risks. We told them: you want the Government, we want you to be taken and governed, but do not play with people’s health!

And another important moment – the big difference between us and the opposition is that we will never go to the application of force and violence to power. They were ready to do it! Remember the warmaking statements about the Maidans, the revolutions, and I don’t know what they were suggesting they were ready to organize if Maia Sandu loses the election. We, unlike them, have the ability to give up peace peacefully and we will never accept to take it by bloodshed!

Being a balance interview, I can’t help but ask you what your term as President was like?

It’s been four years of continuous fighting. And not fighting political opponents, but fulfilling the promises made to citizens. It was not easy, but I take pride in the fact that, as President of the Republic of Moldova, I was able to contribute to the promotion of a balanced foreign policy; to use the constitutional powers of the head of state to strengthen the security of the country; contribute to overcoming situations of political deadlock by identifying the best solutions at that time for citizens; initiate and promote important social projects at national level; contribute to the resolution of the problems faced by exporters; to get involved and help people who at certain stages needed support, etc.

However, I recognize that many issues have remained unresolved due to the political struggles that have taken place over the years, with some politicians specializing in obstructing the President. There have been a lot of cases when my initiatives and actions have been blocked, and opponents have done everything in their power to solve one or another problem.

But, beyond these less pleasant aspects related to my term as President, there were many moments when I felt really proud for the Republic of Moldova, for the citizens. I was in constant contact with people, I visited countless times every district of the country, and during these visits I was convinced that we have wonderful people, we have a country that is worth the effort.

And, of course, taking stock, I cannot fail to notice that one of the greatest achievements of these years was that we managed to disembark from power the oligarchic regime that led Moldova until 2019.

By the way, did you calculate how many citizens you’ve received in the audience?

If I’m not mistaken, more than 12,000 petitions came to my address as President during my term in office, and more than 15,000 people were received in the audience. By the way, as President, I visited over 700 localities and I interacted directly with an estimated 80-90 thousand people.

How many visits abroad have you had as President?

We know that during your term of office, you also had meetings with the Transnistrian leader …

During my term as President of the Republic of Moldova, I had seven meetings with the Transnistrian leader, Vadim Krasnoselski. In 2017 we had two meetings, in 2018 – three, in 2019 – two. The main purpose of the meetings was to promote dialogue at the level of President of the Republic of Moldova and leader of Transnistria. I am glad that we have managed to maintain the balance in such a difficult issue as the Transnistrian one, and even to advance on certain dimensions. It is very important that the balance is maintained and I want my successor to get to the heart of all the issues related to this issue. Or, a hasty or undocumented statement can destroy everything we have built so hard in these years.

What will you do next?

I will remain in the service of the citizens of the Republic of Moldova and I will contribute in every way for our country to become prosperous. 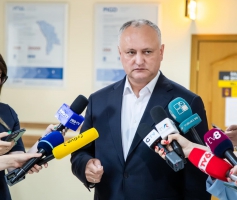 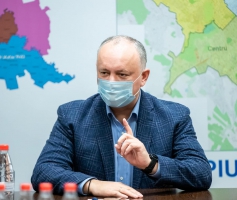