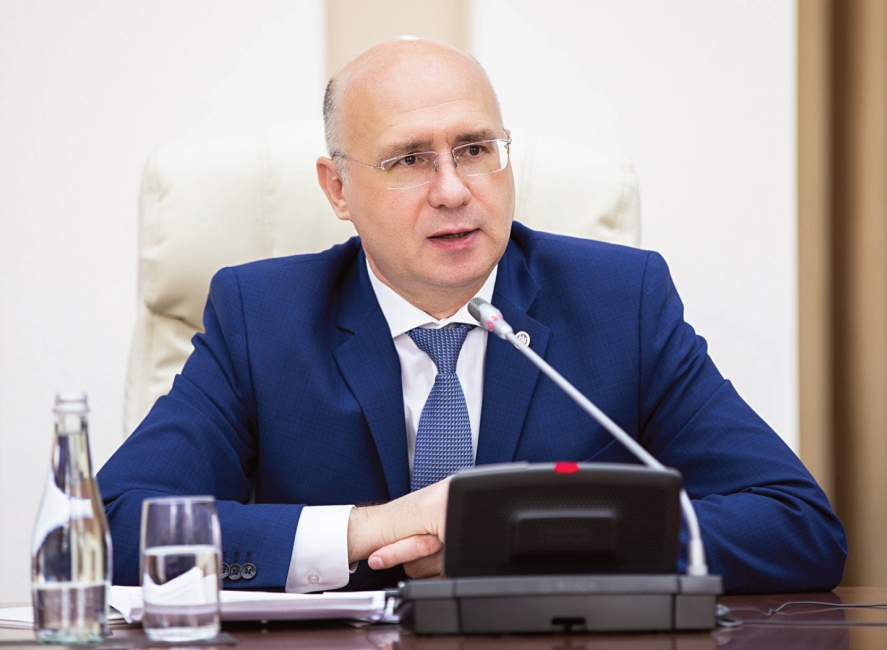 Interview with Pavel Filip, President of the Democratic Party of Moldova, for the „Political Almanac 2020”

Mr. President, at the beginning of 2020 the PDM returned to power. What determined you?

Indeed, in March, taking into account the pandemic crisis, which was already quite clear, but also assessing its possible social and economic consequences, PDM decided to return to government. It was a rather complicated period and it was obvious that a minority government, which was in office at the time, could not manage it. That is why, being a responsible party and with a rich experience in managing public affairs, we decided to take the risk of returning to government. We put the country’s interests above all when we made that decision, or the party interest dictated us to stay as far away from the Government as possible in such a complicated period.

Why did you say you risked returning to power? Did you only consider the difficult conditions dictated by the pandemic?

Not only. It was obvious that governing with the socialists was not going to be easy. Moreover it wasn’t. We are different parties, with different visions related to the country’s external vector, relations with Romania and Ukraine’s neighbors, energy infrastructure, education, defense and the settlement of the transnistrian conflict. These are the portfolios that we took over, and I think we managed to keep the balance this year. Only now, at the end of the year, I think that many people in some way understand what I was doing during this period. If we had not returned to the Government, then, of course, such projects as the status of the Russian language, the return of Russian propaganda or Europe Day would not even have been discussed. Immediately after I left the Government, the Socialists developed and joined this coalition with Șor, launching this series of grenade projects such as those of recent weeks.

How would you qualify the PDM performance in government in 2020?

The colleagues I delegated to the Government have shown that they are true professionals and have effectively managed the areas entrusted to them, given that this was possible during a pandemic. I am proud of them, the whole team it is. Education, defense, foreign affairs, reintegration, energy security and infrastructure: we have made progress in these sectors.

If it was not the pandemic with all its consequences, the results of colleagues in the government would have been much better and I am sure of that.

The year 2020 was marked not only by the pandemic, but also by the presidential elections. Why didn’t PDM nominate its own candidate?

PDM has once again proved that it is capable of correctly assessing the situation. It was clear that there were two candidates in the presidential campaign. We did not want to lie to our voters and we focused on activities in the Government and Parliament. We made this decision after consulting with all party members and made sure it was the right decision.

Do you consider both consultation campaigns launched by PDM in the autumn (with party assets and citizens), but also the political offer with which you came immediately after the elections?

Exactly. Through the consultation campaign with the asset, we offered everyone the proof that we remain a party with a genuine internal democracy, which takes decisions by consensus and following extensive debates on the issue, taking into account all aspects. I do not think that many Moldovan parties can be proud of such internal democracy!

From another point of view, the consultations with the citizens allowed us not only to take the real pulse of the society, to identify the real expectations of the people, but also to present to them our vision for overcoming the unprecedented crisis facing the Republic of Moldova. We were glad to see that the PDM agenda is perfectly in line with people’s expectations and that our vision of overcoming the crisis is widely supported in society.

Why did you decide to retire from the government after the election of the new President of the Republic of Moldova?

In the situation where the country was ground by pandemic and economic crisis, it was clear that it was necessary for all genuine parliamentary parties to make a common front in the name of the present and future of the Republic of Moldova. By our decision to withdraw from the government, not being involved in the presidential elections in any form, we considered that we could provide the authentic parliamentary parties with the necessary platform to start the dialogue. In addition, there were already signs that the socialists were not correct and that they already had hidden agreements with Șor. We did not want to be part of such a partnership.

The end of the year brought new departures from PDM…

PDM remains the party with one of the most developed party infrastructures and an impressive number of representatives in the local public administration. Obviously, we are the target of several attacks, the purpose of which is to weaken our positions and affect our unity. These attacks come from those who want at all costs for the PDM not to be part of the future Parliament and not to tip the balance decisively in favor of a pro-European government of the Republic of Moldova. Not least, these attacks come from those who want to take over the PDM electorate. We understand all these things, but we also know something else: no matter how hard it hits the PDM, we will remain the same strong team, regardless of the fact that the pressures that are sometimes made and with regret, give the desired results of the shadow directors.

How do you assess the chances of PDM in the perspective of early parliamentary elections?

We have expressed the opinion that the early parliamentary elections should have taken place not in the coming months, but at least in the autumn of next year in order to succeed, through a joint effort, in solving at least the worst problems facing the country and we are ready for any anticipated scenario. We have a strong team and we are honestly attached to the interests of the country, of the citizens, and this will continue to help us. 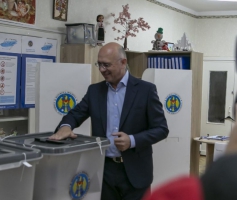 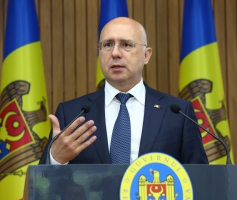