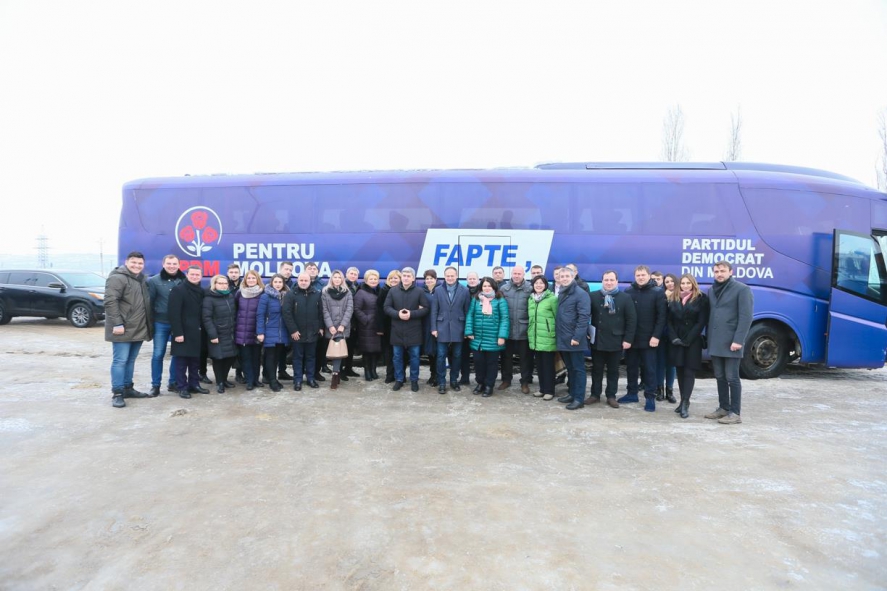 The Democratic Party has invited the components of the Electoral Bloc NOW (Platform of Dignity and Truth and the Action and Solidarity Party) to negotiate the creation of the future governing coalition. Even if it could be anticipated, this is a well thought move and opens up new possibilities for the Democrats.

The leaders of the bloc NOW rejected the invitation to the negotiations, but they did not take into account two extremely important moments: the possible position of the Western partners and the possible offer that democracies can make and which, most likely, will amaze through its generosity. First of all, about the Western partners – shortly there will be elections for the European Parliament and for some European forces it is very important to go to the polls with the message that they have again managed to ensure a pro-European government in Moldova. From this point of view, it is not difficult to realize that some pressure will be exerted on the leaders of the bloc NOW. The refusal to act as the Europeans might possibly suggest can cost a lot the members  of the bloc NOW that are part of the largest European political family – the European People’s Party. Until this stage, PDA and PAS have benefited from massive PPE support, and if PPE will need a pro-European coalition in Chisinau, those in the Bloc NOW will be in a rather delicate situation. Yes, the leaders of the bloc NOW can say that the current government has lost its credibility in the eyes of the Europeans and that they do not want to have to deal with them anymore. It is true – the Europeans have to be dissatisfied with Vlad Plahotniuc, Pavel Filip, Andrian Candu, etc. But if the current leadership of PD would go on the second level? For example, it is almost certain that Pavel Filip will no longer be a Premier. There are also voices that say that Vlad Plahotniuc can accept a temporary official posting from Moldovan politics (as he had previously done twice). And Andrian Candu as Speaker is not all clear. So there may be premise when those who “upset” Europeans will not be at the forefront, and the need for a new pro-European coalition will be pronounced.

Such a coalition, we can assume it could be preferred by Americans. Having problems in Ukraine, but also from the need to ensure some stability and political control at the NATO border, it is important for the USA that Chisinau should not establish a pro-Russian government or a government to which it belongs and pro-Russian forces. That is why we can say that the best solution for the USA would be a new pro-European coalition with the removal (if it is possible) of certain persons (who have so far been strongly associated with the decision-making process) at the foregound of the Moldovan politics . Again, those in the bloc NOW  risk much if they do not take into account the direct or indirect messages they will receive from the USA.

PD has good strategists, who certainly took all these into consideration when it was decided to launch the invitation to negotiate for the bloc NOW. Knowing the way in which PDM usually acts, we can assume that he has already prepared the next action, which will start even if the bloc NOW will remain firmly in position and will not respond to the invitation to the negotiations. Unofficially it is said that the offer of PDM could be the function of Prime Minister for the bloc NOW and sharing spheres of influence in Executive 50 to 50. And if this offer will be supplemented by the withdrawal from the forefront of the political life of the exponents of PDM, directly involved in the decision-making process, those in the Bloc NOW will have to look for serious arguments to explain their possible refusal.

Of course, we can admit (and most likely this and it will happen) that the bloc NOW will not accept even such a PDM offer nor the possible arguments with which the external partners will come. But even in this case, PDM will win. Because nobody and nothing will stop the democrats from “taking responsibility for the destiny of the country, as other political forces have shown that they do not care about the present and the future of the Republic of Moldova.” And what methods will be put in place so the PD “can assume responsibility for the country”, this is already another issue.