Igor Volnițchi: „The struggle of the Democrats with the Socialists is a real fight, it is not a mock fight’’ 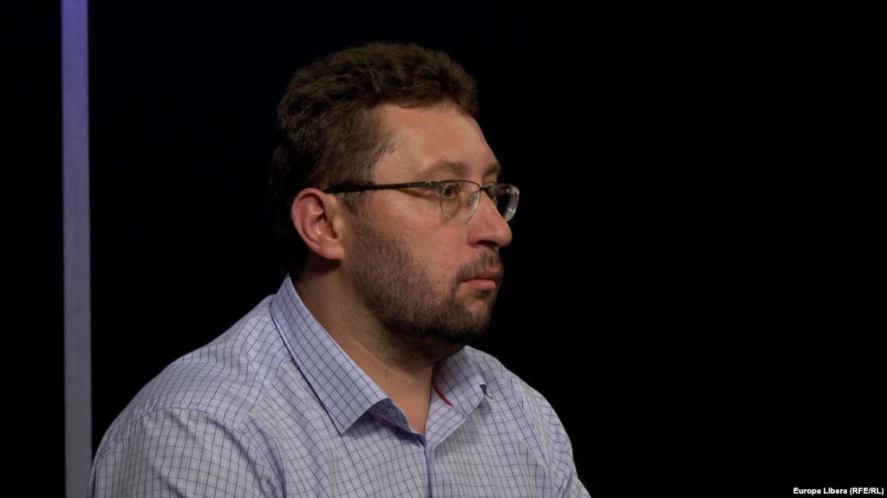 The interview of Free Europe with the analyst Igor Volniţchi, conducted by Liliana Barbăroşie and Alexandru Canţîr.

Free Europe: Good morning, Mr Volnitchi, we are glad that you are with us this morning. At this stage of the electoral campaign, we are witnesses of a noisy and surprising offensive of the ruling party against the PSRM and President Igor Dodon. The possibility of excluding PSRM from the electoral race seems to be supported by both parties. What happens? Does the “backstage alliance” between the governing party and the “favourite party” of the current electoral race no longer work, the alliance that at least the opponents of the two parties have always spoken about?

Igor Volnițchi: We can assume that the Democrats have access to certain surveys, not just those that are made public, which worry them somehow about the results the socialists can have. We know that socialists have been constantly in the past few years in the preferences of voters. Perhaps they were the closest possible partner after the elections for the Democrats, but for this, they should not have to accumulate the parliamentary majority themselves. Now we can assume that the sociological data, the electoral data to which the Democrats have access, suggests them that the socialists could accumulate the majority of votes. That is why they changed their attitude, changed the data of the problem and started the respective “offensive”. That motivated them, but I do not know if they can go or if they will go to the exclusion of the Socialists in the elections, although this is a wide-spread thesis lately.

We see that socialists also share this fear, organizing protests. More often in their public discourse is present this argument, namely this information that they may be excluded from the elections, but I do not think that the Democrats would agree with the exclusion of the Socialists from the elections. In this case, the logical question arises: to whom will the socialist electorate go? The closest options for the socialist electorate if the party will be excluded from the electoral race are the Party of Communists, our Party led by  Mr  Usatîi, and the  Shor Party. How many votes each of these parties will accumulate is not clear, but I do not think it is in favour of Democrats to empower the Communists with they have fought for so many years, have done so much efforts to bring them to the limit of the political anonymity, or I do not think it is in the benefit of the Democrats a return to force of Mr Renato Usatii, some of whom say you can make a deal with him, but we know how Mr Usatîi is and I do not think that for Democrats is the best option. Therefore, I think that the struggle with the Socialists will continue, it is a real fight, it is not a mock fight, it is a struggle that starts from some sociological data that indicate the danger that the Socialists now pose to the Democrats and the Democrats will do everything possible to decrease as much as possible the electoral result of the socialists, but it is not in their favour to exclude the socialists from the electoral campaign.’’

Free Europe: Mr Volnițchi, how do you think what mysterious data could have prompted PDM worrying about PSRM growth? At this case, we can assume that this is a strategic mistake of the PDM since so far they have grown up or at least were accused by analysts that they have grown up the formation of the head of state?

Igor Volnițchi:’’ Yes, we can assume what data is involved and, indeed, my personal opinion, maybe it is subjective, but it is that we are dealing with a serious tactical mistake, a strategic mistake of government. We know from the sociological data made public what is the weight of the parties on the national list, if we can say so, in the national constituency. And this data shows us what would be the approximate configuration of the future Parliament on the basis of the number of votes obtained by the parties on the national list, but so far no survey has been made as credible as to reflect the situation of the constituencies.

We can suppose that at one point the Democrats hoped that, using the four major resources: the media resource, the financial resource, the human resource and the administrative resource and more than 700 mayoralties in the Republic of Moldova, and almost all the district councils, the presidents of the districts, if I’m not wrong, at a certain moment there were about 28 out of 30, so they were sure that, at least, they could get half of the votes in the constituencies. In fact, it happens what brought to attention the pro-European opposition many times, and some analysts, and some specialists in the field, that elections in one round in constituencies favour the left, and especially the Party of Socialists. Probably these findings have been made on the basis of sociological research in each electoral constituency. “

Free Europe: Socialists say these dangers are logical, but what electoral benefits can PDM have to open the “second front” after the right-wing opposition, as long as, as you have said, the votes would not go to Democrats in case of disappearance on the stage of the socialists in this campaign?

Igor Volnițchi: “We can assume that the Democrats here act rather in the instinct of self-preservation. They are much more concerned at this stage that the Socialists can form the future government, the future parliamentary majority. Well, there are some calculations, and they often appear in the public space, that a part of the socialist votes could go to the “Shor” Party, with whom  the Democratic Party will collaborate easier after the elections, that some of these votes could go to other formations that will eventually will work together with Democrats after the elections. I do not think that the voting direction is the main concern of the Democrats. The instinct of self-preservation tells them that they must do everything possible that the socialists do not have the majority, and they do it.’’

Free Europe: Do you think the electoral fight between the Democratic Party and the Socialists will continue? And what will be the end of Mr Volnițchi?

Igor Volnițchi:’’ It will certainly continue, it will certainly increase with the nearing day of elections, because, as I said earlier, the Democrats have a very strong motivation. It is about their survival as a political force, about preserving the chances of influencing political play in the post-electoral period and remaining in the government.

It’s hard to say what this confrontation will end because ” the stick has two heads ”. I have recently heard more opinions about this political struggle, which favours the situation of the socialists. First of all, this confrontation mobilizes the electorate of the Socialists, and it is an effect pursued by the Democratic Party. The suspicions that PSRM could form an alliance with the Democratic Party are eliminated.’’

Free Europe: Do you have any explanation for what is considered or has so far been considered a kind of secret subordination of Igor Dodon and, by extension, PSRM to the current party of government?

Igor Volnițchi: “I suppose that the Socialists had to choose the smallest evil of those that existed. If the Socialists had a much stronger position in relation to the government and if they were on the barricade for a much longer period, it is not known whether they could  to resist until the elections. They have done the possible to maintain a comfort zone until the day of the election. This offensive of the Democrats against the Socialists began later, and the Socialists have a big chance to have small electoral losses from this confrontation, and even to get some gains.’’

Free Europe: Mr Volnițchi, thank you very much for the amiability to be with us this morning.