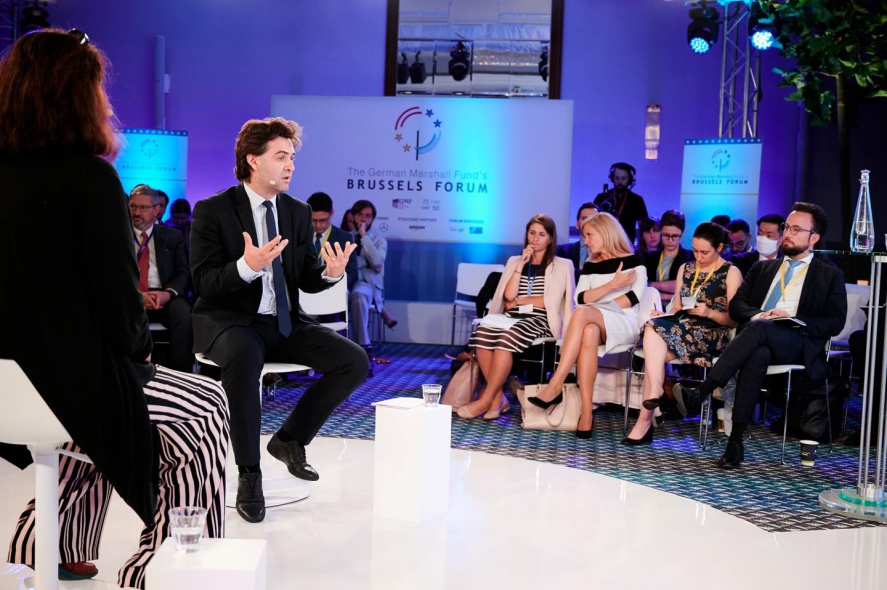 Deputy Prime Minister, Foreign Affairs and European Integration Minister Nicu Popescu has participated, along with Deputy Director-General for Neighbourhood Policy and Enlargement Negotiations of the European Commission Katarina Mathernova, in the discussion titled, A Marshall Plan for Eastern Europe, at the Brussels Forum of the German Marshall Fund, the Foreign Affairs and European Integration Ministry’s (MAEIE) press service has reported.

„I noted that the historical decision to give the status of country candidate provides a renewed hope for Moldova’s European future and is recognition of our European character. Our Romanian language is official language of EU, our history, culture, society are part of Europe and in the last 30 years, we have edified the democracy at home. We are determined to quickly continue the agenda of reforms and our way towards EU will be based on the criterion of meritocracy,’’ the Moldovan official said.

At the same time, at the discussion, Deputy PM Nicu Popescu stressed that ‘’the country’s European development and the modernization of the European standards will strengthen the democratic institutions from Moldova and will create an enhanced stability in our region.’’

About Doors Reopening in Washington and Brussels – interview with Nicolae Popescu, Minister of Foreign Affairs and European Integration of Republic of Moldova