(INTERVIEW) VIOLETA IVANOV: OUR PARTY  WILL HAVE A HARD WORD TO SAY IN THE FUTURE PARLIAMENT 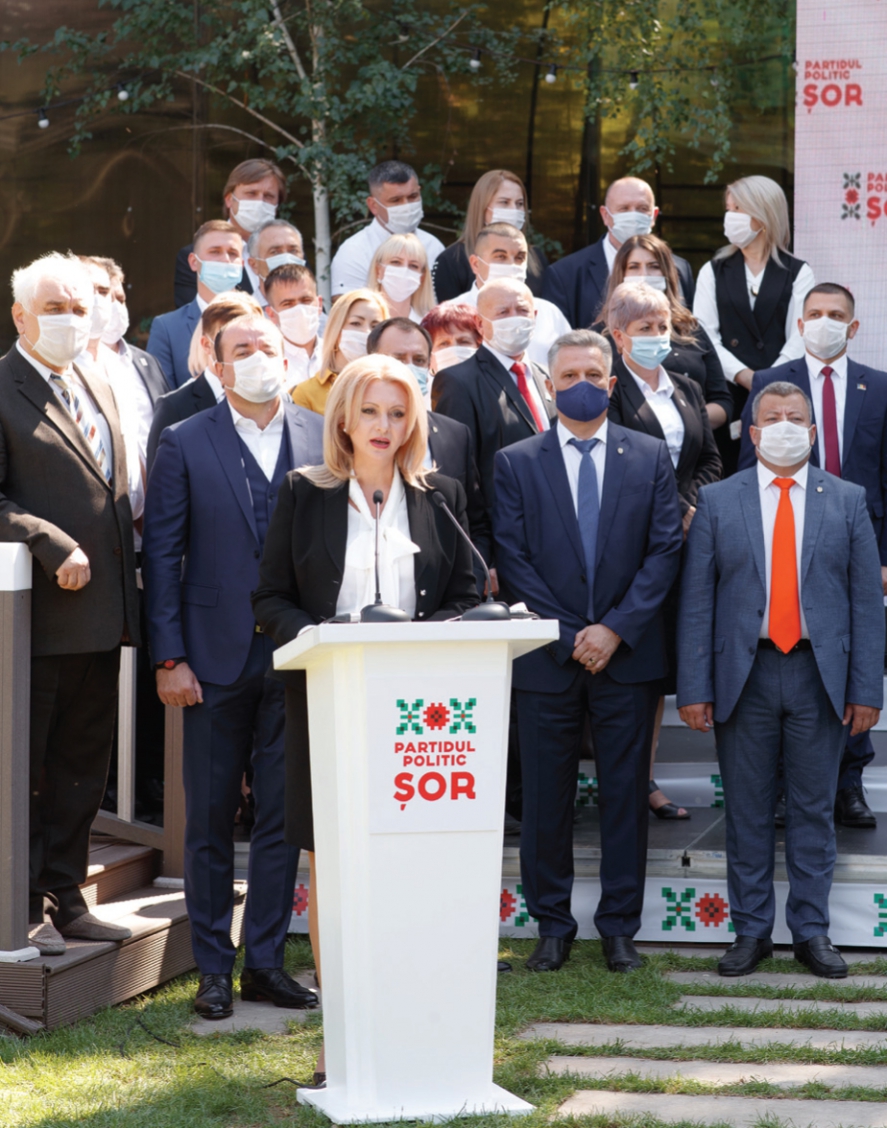 Mrs. Ivanov, what determined you to run for the Function of the President of the Republic of Moldova?

I decided to run for President of the Republic of Moldova for several reasons, all of them are equally important. I consider that the skills and knowledge I have accumulated in the more than 30 years of activity in state structures, especially in the position of Minister of the Environment, but also in the function of President of three standing parliamentary committees and including the Foreign Policy Committee and European integration. Put in the service of the citizen from the position of President of the country would have brought a lot of benefit to the presidential institution. Especially because the head of state has several foreign policy attributions, and I led numerous international delegations. I consider that the higher engineering studies, the studies obtained at the Geneva Diplomatic Studies Academy, the PhD in Economic Sciences, the experience gained when I represented our country. In some cases, even the countries of Eastern Europe, Caucasus and Central Asia at various international fora such as the UN World Summit in New York, or the Global Environment Facility, where I was a member of the Council, and many others. Further demonstrates that I have enough experience and professional skills to implement strategic projects for socio-economic development and prosperity of the Republic of Moldova.

I`ve accepted to run from the desire to rehabilitate the image of this position, which unfortunately was discredited becoming a currency in the political backstage games.

Another factor that determined me to run is the team that supports me.  The team has demonstrated that it can transform Moldova into a prosperous country and that Moldovans have been dreaming of since the ’90s.

In general, why did you choose to represent the political Party “ȘOR”?

I don’t think I have to repeat that the “ȘOR” Party was and remains the only political party that, wherever it manages the localities, worked, works and achieves everything it promises.  I don’t think I need to remind you about Orhei city and what we managed to do there in just a few years, or Taraclia and the over 100 villages and communes where we now carry out infrastructure projects.

I decided to join the team of the “ȘOR” Party in order to be able to apply the managerial and political experience in the implementation of some development projects of the country. Unlike other formations, the “ȘOR” Party recommended itself as an edifying formation, really concerned with people’s problems.

The fact that the party is social-democratic, and this doctrine and its values share them in my political career, is another factor that made me come to Ilan Sor’s young team.

What impressions did you get out of the election campaign?

I take this opportunity to thank once again all the citizens with whom I have interacted until, during and after the election campaign.  In the four weeks of the campaign, we probably talked to tens of thousands of people. I had hundreds of meetings in over a hundred localities across the country. I met disappointed people from north to south, in Briceni, Cahul or Chisinau. Whether they are Russians, Ukrainians, Bulgarians, Gagauzians or Moldovans, regardless of the language they speak, whether they live in the village or in the city, people are disgusted with the quality of our political class. The struggle for power, the division into “ours” and “yours”, by the endless discussions about the vector of foreign policy, while the country is increasingly plunging into poverty.

During this period, we discussed the major problems facing our country and the solutions for each problem. Among the measures is the establishment of a state monopoly on imports and trade in tobacco and alcohol products. We need to revive the manufacturing industry without which the agricultural sector has little chance of prospering. However, social problems are the most painful in our country. In all the trips I had in the country, the first thing that caught my attention were the deserted villages, the abandoned houses and the elderly left to their fate. I can say with an open heart that our “Moldova 2024” program, which we presented in this campaign, is everyone’s program.

To what extent are you satisfied with the election result?

Despite the unequal conditions of political struggle, being the only candidate without a bank account for almost the entire election campaign, because some wanted it from the government, having less than 30 days to campaign, but also not being a party leader, I think I got a very good result. The most valuable thing is the political experience gained. Along with my team, I demonstrated that even in unfair conditions a clean campaign can be made, without denigrating and attacking your opponents.

I am sorry that the parties that have ruled and are governing the country have adopted a false political agenda. They slipped back into unnecessary geopolitical disputes, instead of focusing their efforts on solving the country’s problems. I regret that these disputes have led to deepening divergences and have not strengthened the political class for a country project, as I proposed in the presidential election campaign.

On the other hand, I am pleased that in 2020 despite the difficulties, we managed to implement several important social and infrastructure projects in the localities of the country led by our colleagues. Based on the requests of the citizens, we also drafted and submitted a series of draft laws. Many of which were approved, such as lowering the retirement age, stopping the increase in the VAT rate in the agricultural sector, providing medicines at decent prices to citizens in localities where there are no pharmacies through mobile pharmacies, support with 100 thousand lei of the families of doctors who lost their lives in fighting COVID-19 infection, etc.

How do you think the political situation will evolve in 2021?

It will be a complicated political year, an election year. Parties and politicians will faced with a new test.  Many will remain repetitive and few will promote it. I think it will be a political year that will demonstrate how “ripe” our political class is, and I am referring to those who will reach the future Parliament.  Let’s be realistic, no political party will get a majority in the Legislature, so politicians will be put in a position to seek compromises at the dialogue table.  As he has declared so far, the “ȘOR” Party is ready for dialogue with any political force. I assure you that our party will have a hard time saying in the future Parliament.

What priorities do you still have?

As Vice-President of the parliamentary faction of the “ȘOR” Party and Chair of the Parliamentary Committee on Foreign Policy and European Integration, I will continue to work diligently for the benefit of the citizens and the country. For example, I propose this year to sign agreements with states where our diaspora is representative of the mutual recognition of driving licenses, diplomas, certificates and scientific and scientific-didactic titles, but also agreements that will allow our citizens to work abroad. To benefit from all 3 categories of pensions for old age, disability and survivors, allowances for childbirth and raising children, assistance in case of death and allowance for work accidents.

Together with my party colleagues, I will continue to develop social initiatives in support of citizens. All the important provisions from my presidential candidate platform will be in our agenda for 2021. We know how to keep our commitments and what it means to be responsible.

I hope that in 2021 we will have good news, in that we will start to get out of the COVID-19 crisis, which will allow the economy to recover.

How do you see the future of the “ȘOR” Party?

Recently, the “ȘOR” Party has shown a multilateral growth.  It is the party with which the citizens have high hopes. This is because the party responsibly honors its commitments to people, carries out important projects in communities and motivates citizens to love their places of residence and country. The “ȘOR” Party is one of the most numerous and strong parties in the country, and I am convinced that this process will continue in the future.