The experts in the political science, electoral systems and sociology have said what might be the outcome of the parliamentary elections. The views were revealed during the press conference of IPN, TRIBUNA informs.

According to Dora Petruti, the general manager of the sociological research company [imas], the Democrats managed to promote the social agenda in the electoral campaign, and the socialists did not grow in the image and ratings.

“The evolution of things starts from the agenda of the governing party. They set up new trends and themes. As a governing party, focusing on the social agenda is risky. At first, PDM had small numbers in polls. An important role was played by investments in the image field. Democrats were the only ones who tried to respond to the top 5 needs of society. A new element is that we do not have a geopolitical struggle. Another element is that as we approach the elections, we see the increase in the number of undecided persons and a high percentage of those who postpone their decision a week before the vote”, Doru Petruti said.

The director of sociological research company “C.B.S.-RESEARCH”, Ion Jigău, believes that in this parliamentary elections, no independent person has chances to join Parliament. “The surveys that have been published give the same picture. Differences are in methodology. Everywhere we have a large number of undecided persons. There is the spiral of silence. The Socialists, PDM, the “Şor” Party will likely pass the 6% scale. It’s hard to say because we do not know how many people will vote. Socialists have fallen in this campaign, PDM and the Bloc NOW fight between them. I incline to believe that at least with the home electorate PDM will go beyond the Bloc NOW  on the national list. It’s hard to say what will happen to the uninominal constituencies. In the BOP, the Socialists, PDM, and the “Shor” Party will win. With only one tour, an independent candidate might not win, “said Ion Jigău.

Political analyst Anatol Ţăranu mentioned that there are 3 incontestable favourites in this election. “Favorites are PDM, PSRM and Block NOW. The fourth party is an enigma. PCRM has virtually no chances to enter Parliament. The weight of the favourites in this election is socialists because they build their message on the geopolitical factor. PDM tried to diminish this message. This bait was bitten by the BLOCK NOW. When we talk of socialists that they will be first on the political stage, it does not mean they will have the future government. The Socialists could rule with a part of the Block NOW, “Anatol Taranu said. 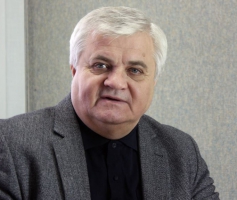 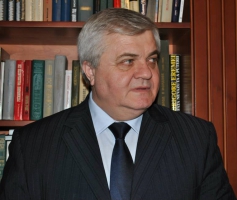 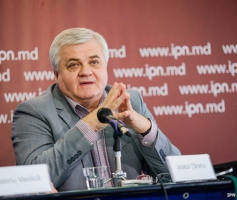 (INTERVIEW) Anatol Ţăranu: None of the variants of governance doesn’t validate the probability of a good cardinal reformation of the state of work in the Republic of Moldova