CHIRILL GABURICI: IN 2018, WE FELT A STRONG TEAM SPIRIT 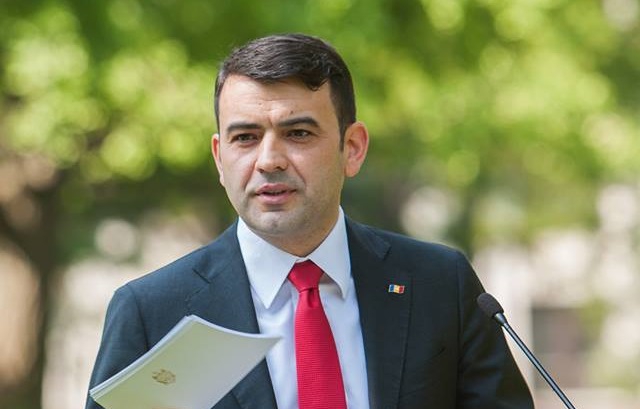 Interview with Minister of economy and infrastructure Chirill Gaburici

In 2018, you became Minister of economy and infrastructure. What prompted you to accept this position?

First, at that stage, the Ministry in this composition was a novelty for the Republic of Moldova. Here we are talking about the complex structure of the institution, which includes many strategic sectors – energy, infrastructure, business, construction, transport, etc. Designation of the Minister was a challenge for me personally and for my team, because we had to debug the system with many areas and problems. From the beginning, we set priorities and struggled to achieve our goals.

What was the situation when You were designed as Minister?

The situation was different in different spheres. We had to continue and successfully complete a number of projects already started, as well as solve problems in areas where the history of the problems was long. In each area, we had a list of priorities that were on the agenda of the ministries, and this was the starting point. But first of all, we found a team of professionals in the Ministry of economy and infrastructure, with whom we managed to work very effectively and efficiently.

What Were your first steps in your new position?

Immediately after taking office, we have compiled a full list of priorities for each sector. In this regard, a huge team work has been done. Initially, we had about 300 measures, and we have identified 7 most important priorities. We needed to focus on the Essentials.

Which of the plans you have and have not been able to do in 2018?

I am proud to say that we have done a great deal. We have built 1,600 km of good roads, initiated the construction of the Iasi-Ungheni-Chisinau gas pipeline, implemented a number of reforms to improve the business environment, including reducing the number of permits and tax reform. We have not forgotten about the sector, to which I previously devoted 15 years of my life. This year we introduced digital education in primary school, so that we have a new generation of specialists. It’ll take a couple of hours to tell you everything. Naturally, we were not able to do everything. First of all, those plans were ambitious. We have set great goals, moved towards them, and will continue to do so in the future.

Which of the 2018 achievements do you consider the most important?

We worked hard, and we managed to prove that such bold and large-scale projects can be implemented. We need to focus and work. However, it still requires political will and the appropriate budget. I cannot but mention the Arena Chişinău project. We threw all the resources at him, developed a legal framework, gave him a start. This year, on October 14, the first event will be held in Arena Chişinău. Another great achievement is the “Single window”. The advantages of the project were felt by all economic agents and citizens. It is also very important to continue cooperation and development of economic relations with the European Union, and especially with Romania. Within the framework of the Moldovan-Romanian intergovernmental Commission, we discussed and outlined some very important projects. Construction on the territory of the Republic of Moldova of the railway infrastructure of the European standard, interconnection of power networks, as well as the construction of bridges and roads. We also held a number of talks with China. It is important for us to be able to attract investment, as well as to export our goods to the Chinese market. China is a huge market. We also have very good relations of cooperation with other countries, such as Belarus and Turkey. We have a list of countries with which we have signed free trade agreements, the advantages of which we all enjoy. I would also like to note the it-sector, which showed very good growth in 2018. The Republic of Moldova is a very competitive market, so we are constantly growing and negotiating the arrival of major players in this field.

What was the cooperation of the Ministry with other state institutions in 2018?

In 2018, we felt a strong team spirit, and I mean not only cooperation with other ministries and agencies, but also work with the Parliament. I felt like we were being heard. Cooperation is very important, and it must always be. There were times when decisions were made only on the party line, without taking into account the fact that the ultimate beneficiary should be a citizen. This year I felt a different approach. An example of this is the project “Good roads for Moldova”. It is directed on satisfaction of needs of citizens, without regard to party affiliation. The main criterion for the selection of settlements included in the program was the number, which was to be higher than 400 inhabitants. We visited all the villages and treated everyone equally.

I plan to work because that’s what I do the best. To work for the prosperity of society so that our citizens can enjoy life here, at home. 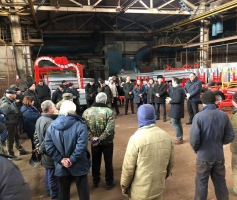 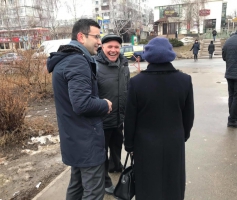 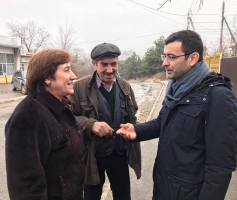