The team of Ilan Shor continues to develop the infrastructure of Orhei. Orhei Lake will become the center of attraction of citizens.

Mayor of Orhei Ilan Shor ordered an urgent large-scale reconstruction of the city lake, so that by July 1, the Orhei residents could fully enjoy the absolutely renovated beach and recreational area in general. In order to manage the implementation of the mayor’s decree within the term prescribed, the works on the improvement of the lake and the adjacent coastal territory, which were launched on Friday, May 19, will be conducted in non-stop mode.

The works will be carried out simultaneously in several directions: renovation of the recreation area, strengthening and repair of hydraulic elements, equipment of the adjacent territory and infrastructure.

In particular, the sand will be cleaned and poured into the beach area of the lake, and a new recreation zone will be created for the city residents. There will be sun loungers, benches, water supply and shower systems on the beach. A part of the beach area will be occupied by a safe children’s playground, with trampolines, slides and other entertainment equipment.

Currently, preparatory works are conducted, involving about 50 workers. The site will be completed and put into operation on July 1 this year, in the height of the summer holiday season.

Improvement of the lake and adjoining territory is another project of the local administration of Orhei city. Active works related to the city’s improvement, repair and infrastructure development in Orhei began after Ilan Sor took the lead of the city, who also received for his team a majority in the city council. For less than two years, a total of dozens of kilometers of roads and sidewalks have been repaired in the city. In addition, some roads have been asphalted, which have remained without a solid coating. The Ivanos Park of the city substantially changed, in fact, it was newly created. The Ivanos Park has become a favorite vacation spot of citizens. Modern children’s play areas, as well as several sports grounds have been created in the courtyards. Activities on gardening, creation of new flower beds are regularly carried out.

Reconstruction of the recreation area of the lake in Orhei city was announced earlier this year at a joint press conference of representatives of the mayor and “Pentru Orhei” political faction of the city council. According to statements by the representatives of Orhei city administration, the well-improved lake should become the next attraction and pride of Orhei residents, and also show an example for other cities, how it is possible and necessary to solve the real problems of urban development. 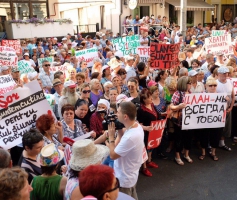 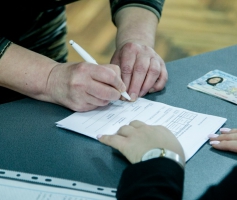 Successful project in Orhei! More than 500 mothers received allowances for newborns in amount of 7000 and 10000 lei from ILAN SHOR