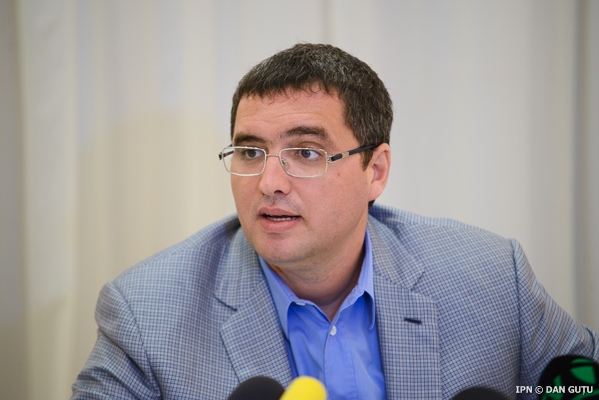 During a sensational live stream dedicated to the role of Vlad Plahotniuc – the coordinator of the governing coalition, in the „black banker Gorbuntsov” case, the leader of „Our Party” reminded that over the last year he said a couple of times that he has a close cooperation with the law enforcement agencies in several countries on this case.

„From what I understand, there will be an international arrest warrant for Plahotniuc”, Usatii said during a live stream on Tuesday evening.

Usatii hinted that he has every reason to believe that. Moreover, the „Our Party” leader claims to be a witness in the „Gorbuntsov” case investigated in one of the European Union countries.

Many people were surprised to see the Moldovan law-enforcement agencies suddenly and strangely becoming very active. Just two weeks before the presidential election a big delegation flew hastily to London. The entire country has been witnessing events that some politicians perceive as a „shameful joke”: prosecutors and police officers taking pictures on the territory of the Moldovan embassy in London (!) with Gorbuntsov around, who was included in the Interpol’s wanted list at the request of…. the Moldovan law enforcement agencies.

This is when these questions arose: Why this haste and fuss? What made the Moldovan authorities forget the elections, which are very near, and degenerate into something that rather looks like a hysteria that seems to have run out of control a little bit?

Usatii: the new evidence can put Plahotniuc behind bars

Renato Usatii claimed during a live stream to have found out the reasons for Vlad Plahotniuc’s strange behavior. „Special operations revealed many new things about both the attempted murder of Gorbuntsov in London and the one committed in Romania”, he said. Usatii promised to do his best „for the truth to come out as soon as possible”.

„I hope that when the information is confirmed (and most of it has already been confirmed) Plahotniuc will be put behind bars for many years for starting organized crime groups and initiating and coordinating serious crimes in EU countries”, Renato Usatii said.

Are the Police and Prosecution trying to destroy evidence?

Addressing to investigators and prosecutors, Renato Usatii recommended them to be more cautious not to end up as accomplices in covering up crimes committed in EU countries.

„Petrusenco and the prosecutors controlled by Plahotniuc have been trying since 2014 to destroy me and „Our Party” (by destroying evidence – editor’s note). They have not been held liable under the criminal legislation for trying to influence the investigation; they are trying to destroy some evidence and hide something from the investigation that is taking place in Romania and Great Britain”.

„Petrusenco is the policeman from the press conference, the one who was in London to meet with Gorbuntsov together with prosecutors”, explained Usatii.

Usatii: Plahotniuc is fabricating charges against me in order to disorient the investigation

Indeed, the new details related to the testimonies given by killer Vitalie Proca are shocking, suggesting the assumption that over the past four years the Moldovan prosecutors and policemen have been trying hard to influence the criminal investigations in Romania and Great Britain. According to Renato Usatii, he himself is a witness in this case and cannot give too many details, but the statements he made on Tuesday after the press conference held by the Moldovan prosecutors are enough to draw some very interesting conclusions. „I have to stress that everything that I’m saying is documented and are materials in the criminal proceedings”, Renato Usatii said during his video address.

There are attempts to silence killer Proca

Usatii mentioned that Plahotniuc started panicking when, during a phone conversation, Proca, sentenced for contract killing, told him that he wanted to tell the truth. He claims that Plahotniuc is trying to obtain Proca’s extradition from Romania in Moldova „to kill him and hide the traces”. It should be noted that in an interview for one of the Romanian TV channels Proca said that two senior officials put pressure on him to recognize a crime that had been committed in Moldova by somebody else in return for his extradition and early release from jail, provided that he made statements that would criminate Usatii. After Usatii’s yesterday’s video conference the prosecutors became even more active and left for Bucharest in a hurry. Before they left, Proca’s wife and two relatives were arrested in Chisinau for charges of complicity. In the meantime, Proca is in jail in Romania. This information gave rise to reasonable allegations that Plahotniuc is trying to silence Proca.

Two Moldovan citizens – Malarciuc and Ceban- were also arrested a couple of days ago.  They announced it themselves during a press conference (called „fishy” by Usatii) held by prosecutors and policemen.

The press conference indeed raises several questions, because the most common answer given by the representatives of the law-enforcement agencies to the journalists’ questions was „For the time being we cannot say anything”.

Is Plahotniuc in cahoots with the runaway Gorbuntsov?

Renato Usatii said what the Moldovan policemen and prosecutors discussed with Gorbuntsov who is on Interpol’s wanted list.

„They told Gorbuntsov about the negotiations between Proca and Malarciuc, which, I have to tell you, are taking place, but I cannot give you more details about them now, because Plahotniuc is trying to „wash away his sins”, Renato Usatii said. He added that it is also true that he sent some money to Malarciuc, but this had been agreed with the Romanian law-enforcement agencies, and reminded that in 6 years „they did not touch Proca’s judge, and they did it now because they are afraid of something”. „Yes, this judge’s decision to release Proca was illegal, but you have not done anything with this”, said the leader of „Our Party”.

„Why, Mr. Plahotniuc, did you all get scared when you heard that Proca wants to tell the truth? You have arrested one and then others. It is not clear what you are trying to get from these witnesses”, Renato Usatii addressed Vlad Plahotniuc. 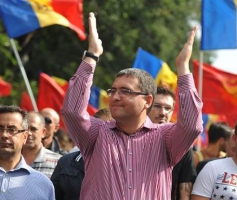 Renato Usatîi: I will never be like those who captured the Republic of Moldova