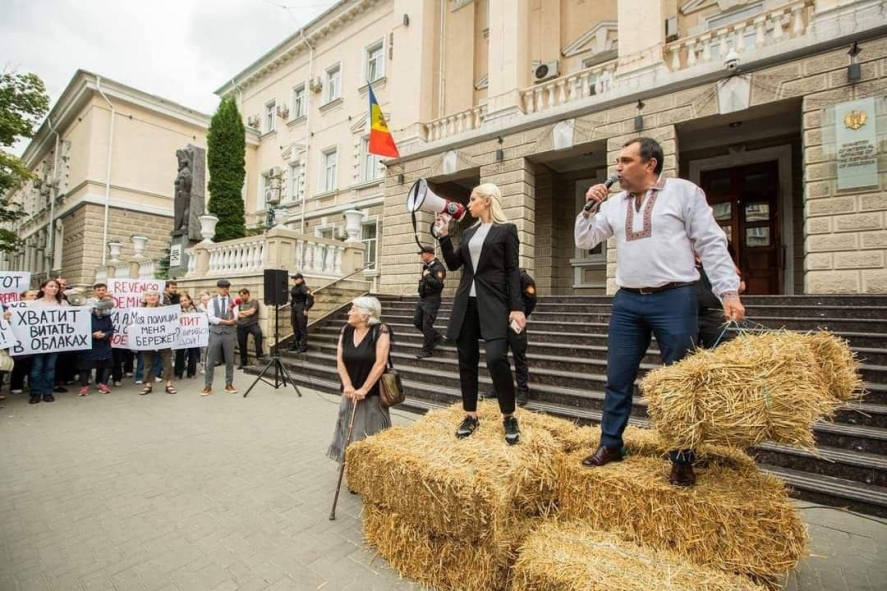 The incarceration of Marina Tauber in penitentiary No. 13, without relevant reasons, is a clear signal that Maia Sandu’s regime uses justice as a weapon against its opponents. This is the opinion of political analyst Victor Nichitus, who explains, in an article, that the case of the vice-chairperson of the “SHOR” Party, the most vocal opponent of the current government, is being sewn with white thread. According to Nichitus, this scandal puts the integrity and independence of the judiciary and the rule of law to the test.

„I explain. MP Marina Tauber, leader of one of the most vocal opposition parties in Moldova, the “SHOR” Party, has been incarcerated in the most obscure penitentiary for three weeks. This is in the absence of any conclusive evidence. Marina Tauber’s case has all the elements of a tailor-made political dossier: leaks of unproven information in the government-affiliated press, intimidation of witnesses, accusations and value judgements by President Maia Sandu, the Minister of Justice and other political decision-makers in Chisinau”, writes the analyst.

He also notes that the arrest of an opposition leader coincides with the worst socio-economic crisis in contemporary history, but also with a collapse in the surveys of President Maia Sandu and PAS, the party that holds the majority in Parliament.

„What is Marina Tauber accused of? According to prosecutors, the MP of the “SHOR” Party, Marina Tauber, is accused of having falsified the report on the financial management of the party and of having made payments to artists who were going to perform at a concert in Chisinau, expenses that were not reported. But none of these accusations have anything to do with Marina Tauber. And this is confirmed by witnesses in the case. According to my information, Marina Tauber has never been involved in managing the finances of her party and her signature is not on any such report. Secondly, the concert, scheduled for 19 June, never took place because it was banned by the authorities”, says the analyst.

Moreover, Nichitus reminds that the manager of the company in charge of organizing the concert and contracting the artists, Gheorghe Negura, declared that the performers did not receive any money, and confirmed to prosecutors that the “SHOR” Party was not the organizer of the concert.

„The position was also supported by one of Russia’s most famous performers, Filip Kirkorov, who was to perform at the concert. He said he had not received any money to perform at the event or compensation for expenses incurred because of the cancellation of the concert. Invited by Tauber’s lawyers to testify before prosecutors, Kirkorov was not allowed to enter Moldovan territory. The artist landed on a charter flight in Chisinau and was told he was banned from entering Moldova. “The concert that was to take place on 19 June in the Great National Assembly Square in Chisinau had nothing to do with politics, including the “SHOR” Party,” Kirkorov said in a recent interview”, reminds Nichitus.

He also refers to the position of the lawyers, who believe that the case is eminently political, and that the court that decided to arrest the MP was based only on assumptions. Thus, according to him, it is becoming increasingly clear that Marina Tauber is a victim of the Sandu regime.

„Over the last half year, the “SHOR” Party has organised numerous protests, culminating in a large demonstration in mid-June, attended by more than 40 thousand people, the largest protest organised since PAS took power in the state. The latest IMAS survey shows that PAS and Maia Sandu have lost half of their electorate in a single year and more than 60 percent of Moldovans want early parliamentary and presidential elections”, concludes Victor Nichitus, in his article. 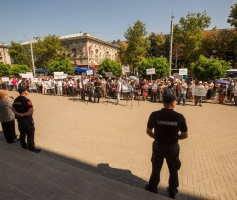 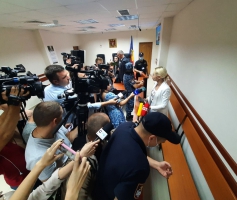 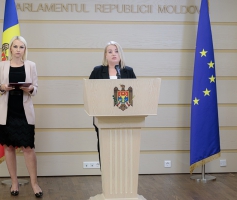