INTERVIEW with the head of the CARA, Sergiu Carapunarlî: "I assure you that great efforts are being made to complete the investigation and return the embezzled money" 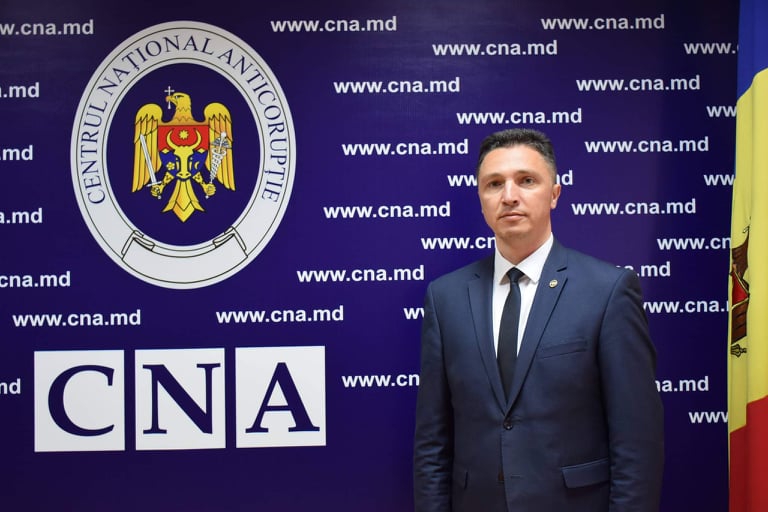 Last week, the parliamentary majority gave a negative opinion to the activity of the National Anticorruption Center, as well as the Criminal Asset Recovery Agency, due to the lack of progress in recovering the stolen billion from the three banks Banca de Economii, Banca Socială and Unibank. Though, the General Prosecutor’s Office has presented a report that included the CARA results on the topic of the bank fraud, however, it was not clear which was the role of the CARA in this complex case and why it was delaying the recovery process. For some details, we have addressed the head of the CARA under the NAC, Sergiu Carapunarlî, who answered the questions to the Tribuna reporter.

T.: Mr Carapunarlî, you have probably read the Parliament decision on the lack of progress in the case of bank fraud. Our question to the CARA is: how is it possible that not a single lei from the billion has been recovered?

S.C.: To begin with, I will abstain from any comments on the statements made by the politicians and I will come with some details that were omitted by the elected MPs in their speeches. First of all, the note presented by the prosecution refers to the activity of the CARA from the last 6 months of the current year and does not cover the entire period of the involvement of the Agency in the investigation of criminal assets in the fraud case. This is where the perception of modest CARA results probably came from. But let me continue to give you some references, for everyone’s understanding, to explain the role of the CARA in the process of recovering criminal assets and what responsibilities the Agency has, in accordance with the criminal procedure.

Of these four stages of the recovery process, only the first two fall within the CARA competence, ie tracking criminal assets, which involves conducting parallel financial investigations and freezing and seizing the criminal assets.

As the Agency’s name includes the phrase “Criminal Asset Recovery”, this confusion has arisen that the Agency should carry out all stages of the recovery process, which is completely wrong, as the confiscation of property can be done only by the court, and the stage of restitution (return) of the criminal assets that implies the execution of the confiscation decisions is carried out by the bailiff and the State Fiscal Service.

T.: Mr Carapunarlî, I have the impression that those who will read this interview could accuse you that the state institutions again pass the responsibility on to each other and apologize for the lack of results.

S.C.: It is not about passing the responsibility, it is the explanation of a complex process that divides the roles between the institutions, and the CARA cannot fulfil the function of a court. Moreover, it is very important for people to understand that any deviation from legal proceedings can end up reducing the entire recovery process to zero. To clarify things, I must tell you that the Agency does not have a proactive role, and the trigger for parallel financial investigations, which identify and prosecute the criminal assets of subjects who have the procedural qualities of suspect/defendant, is the delegation formulated by the criminal investigation body /prosecutor. The related aspects have of particular importance in order to understand the activity, carried out by the Agency, including in the context of the recovery of criminal assets on criminal cases with the generic name “Bank Fraud”.

T.: Well, from 2018 until now, what have you managed to do on the two components, identifying and seizing assets, that you mentioned above?

S.C.: Starting with March 2018, at the request of prosecutors, the Agency provided support in the analysis of certain banking transactions in the case of bank fraud. Subsequently, starting with June 2019, the CARA received delegations regarding the conduct of parallel financial investigations on bank fraud cases regarding 141 people. During the parallel financial investigations, the Agency carried out a wide range of criminal prosecution actions (searches, seizure of objects and documents, bank transfers, etc., examinations, hearings of witnesses, specialists, etc.), special measures of investigations and operational analyses, in order to identify the assets, both in the country and abroad, which are part of the patrimony of the suspects and defendants, held with property rights and/or as beneficial owners.

T.: What about abroad?

S.C.: We also detected goods abroad. In order to identify the assets of the suspects and accused abroad, the Agency initiated international cooperation with several jurisdictions through the Secure Information Exchange Network Application (SIENA) networks of Europol, CARIN, the networks of the International Police Cooperation Directorate of the Ministry of Interior, to which dozens of requests were sent. Thus, countries such as: Romania, Ukraine, Russian Federation, Israel, Austria, France, United States of America, United Kingdom, Bulgaria, Georgia, Hong Kong, Czech Republic, Poland, Germany, Switzerland, Netherlands, Lithuania, Latvia, Serbia, Montenegro, Luxembourg, Cyprus, New Zealand etc. were interpellated. As a result, 14 goods in a total amount of MDL 121,077,510.25 were identified abroad, which were seized by the Agency. Thus, the total value of the 929 assets, on which the Agency applied seizures in the cases regarding bank fraud, is MDL 3,047,253,995.65 (of which MDL 1,475,541,334.71 constitutes the value of the assets held through third parties, as effective beneficiary).

T.: The process seems to be difficult, however …

S.C.: It is a process that must be carried out in strict accordance with the law. It is vital to follow the procedures, as I said before, because it is not only national but also international legislation. It should be mentioned that, working on banking fraud cases, the Agency benefited from the advisory support provided by senior EU advisers delegated to the Republic of Moldova in the field of recovery of criminal assets and prevention and money laundering, both in terms of improving the legal framework and establishing relations in international cooperation. In our turn, we assisted the Anti-Corruption Prosecutor’s Office in initiating the process of setting up a joint investigation team with Latvian law enforcement authorities, by establishing connections and links with the Latvian side. As a result of the support provided, the agreement between the Republic of Moldova and the Republic of Latvia on the creation of the joint investigation team in the bank fraud case was signed.

T.: However, people continue to believe that the authorities have done too little to move the investigations into the bank fraud case on, and the biggest inconvenience remains the lack of progress in recovering the billion.

S.C.: I think it is important to mention that the Agency is responsible for conducting parallel financial investigations in the prosecution of 54 offences generating illicit profits such as: trafficking in human beings, fraud, embezzlement, child trafficking, pimping, illegal drug trafficking, money laundering, tax evasion, smuggling, corruption offences, etc.) and not just those investigated in bank fraud cases. However, the recovery of criminal assets in the bank fraud cases is a priority for the Agency, which can also be seen in the Agency’s results. From the moment of its establishment until now, the CARA has identified and applied seizures on goods in a total amount of 5,176,347,895.47 lei, of which 3,047,253,995.65 lei in criminal cases regarding bank fraud.

T.: Thank you for the clarifications and we are waiting for the results that will delight the citizens of the Republic of Moldova, on whose shoulders this enormous debt has been placed.

S.C.: I thank you for your questions, and I want to add that we, the prosecutors and all those who are working on the bank fraud cases today are citizens of this country and we want this money to be recovered. This is why it is somehow groundless to say that the authorities do not want or delay the process of recovery in bad faith. I assure you that great efforts are being made to complete the investigation and return the embezzled money. We have a well-planned mechanism based on which we synchronize our actions. And for a good result, we must follow the procedures imposed by law.