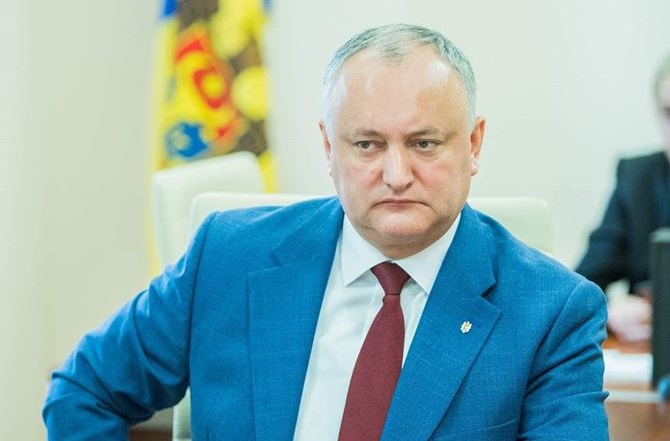 The National Flag is one of the supreme national symbols and its colors mean peace, freedom and democracy in our country, President Igor Dodon said in his message on the occasion of the National Flag Day of the Republic of Moldova that was published on the website of the presidential administration and is quoted by IPN.

“Three decades ago, before the declaring of the independent state Republic of Moldova, as a sign of the durability of our identity as a people and nation and in order to state the country’s sovereignty, there was instituted one of the supreme national symbols – the National Flag. Since then every year on April 27, we celebrate this symbol that is defining in the history of the republic. Also, on this day we honor the nation’s forerunners who configured the people’s standard, creating the tricolor matrix and assimilating it into a common heraldic framework,” wrote Igor Dodon.

According to him, “the three colors mean peace, freedom and democracy in our country, embedding simultaneously the fundamental principles based on which we are still building the rule of law. Generations honor the flag, hoisting it at the most important events and at moments of profound spiritual significance. Namely on such occasions, the Moldovans are proud of their origin and show the worth of their nation to the whole world.”

“At the same time, the honoring of the national standard in each corner of Moldova and far from its borders makes each citizen bear responsibility for contributing to the keeping and prosperity of the county, be real sons and daughters of the nation at different moments, even at turning points. This way, by celebrating the National Flag Day, we fulfill the age-old duty of sticking together, honoring our supreme values for which our predecessors fought and keeping the independence and sovereignty of the integral state Republic of Moldova. I urge you to show unity and social concord, mutual understanding and solidarity in the name of the well-being and progress of our country,” runs President Dodon’s message.