Vlad Plahotniuc resigned from the function of PDM president 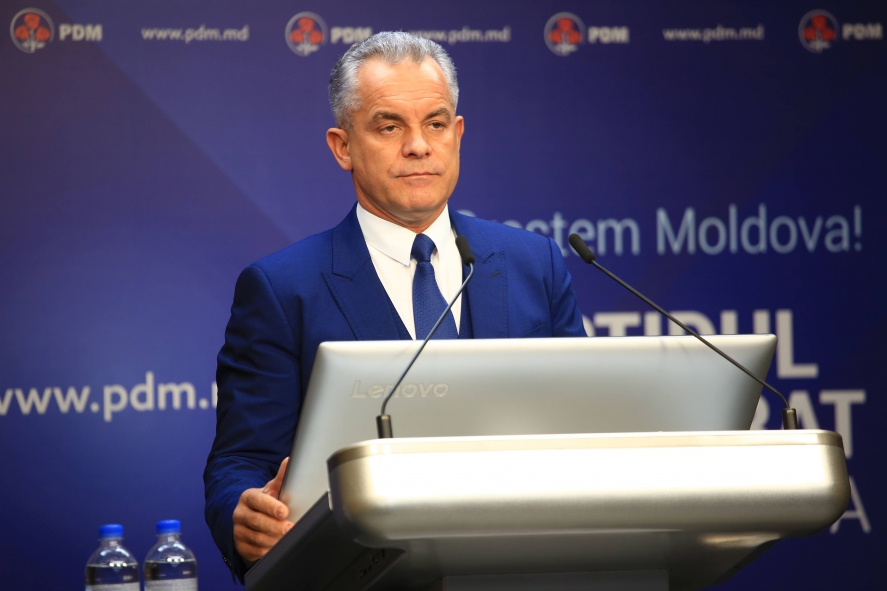 Vlad Plahotniuc has resogned from the function of PDM president.

‘Dear friends,These days I have reflected about the situation is getting through the Democrat Party and what should I do for it to evolve further more active and professional in opposition and to help creating stability in the country.

As all have noticed, inclusive foreign partners, PDM transferred the power in a peaceful way, keeping the order and balance in the country, without exposing citizens to any risk. Even though we had objections regarding the way the new alliance made-up and it’s objectives, we considered that the political differences must not be cleared up through the country’s destabilization, even more that there are political solutions to clear up and there is no need for citizens to suffer.

Despite this constructive approach, the Democrat Party is held under a great pressure because others aimed mistakenly. They want to fight me, but they do it with the party, this way considering a bad thing for PDM and other pro-European parties from the actual alliance.

The Democrat Party got into opposition because it made the decision to not ally with a party that tries to force a foreign agenda to our country, that contravenes with Moldovan citizens. If for that is must pay politically, the party must be ready to assume this fact and to go further. The time will demonstrate that our decision was correct, when Moldova and it’s citizens could be in a long-term risky situation. It has to pay a political price for it’s decision and also has to support abuses and reckonings against party’s members and officials from different state institutions that have no affiliation to the party. Who wants to reckon politically, must do it with me, assuming myself all the abuses target role, to not reckon with the party colleagues, with MP colleagues, who even though are not governing, have an important role for stability, independence and Euro-Atlantic developing vector maintaining of the country. I know, today, some are euphoric, others are full of revenge and resentments, but all these will pass, and the country’s problems will remain and they must be resolved. A part of the Democrat Party MPs are blackmailed and pressured, and it could become a vulnerable fraction, a thing that could not be a favorable thing with time for those committing these pressures today.

The Parliament’s pro-European parties refused to dialogue with the Democrat Party because having a problem with me, being it’s president. I want to get rid of this obstacle, coming with a decision that makes clear the fact that the Democrat Party does not depend on me. I resigned from my president mandate today and told my colleagues to organize as soon as possible the party’s congress to choose another leader and to approve  another political program. Also, to stop the possible speculations, I declare to not run ever at this congress for any function in the party.

I decided so because PDM needs a new opposition project that relies on new realities. About the MP mandate, it aims the people’s vote observance, being the mandate that gained the biggest vote number in Moldova, at February election. I don’t want this mandate for it’s immunity or for something else, but this is the mandate given by people and all the decisions regarding this subject is following to be taken together, it’s the Nisporeni’s citizens mandate.

I had the honor to lead the Democrat Party at a time when it made important performances in it’s governing and gained the best results at election in it’s history. Were results that could satisfy any politician. All these were possible due to the extraordinary party’s team and I want to thank my colleagues, supporters, for their offered trust by offering me the mandate of the PDM Party president.

I am sure that the new elected by congress leadership will will be able to make a political performance, and for the party and country’s sake, I want them to achieve better results as when I led the party’, wrote Vlad Plahotniuc on a social-media platform. 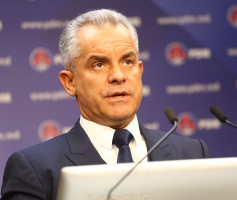 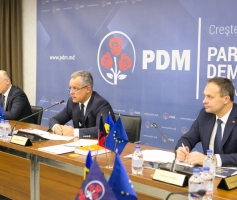 Plahotniuc, Filip and Candu – in a promotional video of PDM in the parliamentary elections! 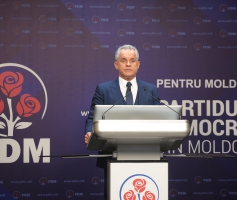