(INTERVIEW) Grigore Novac: If we will have new scrutiny, the socialists know what they have to do 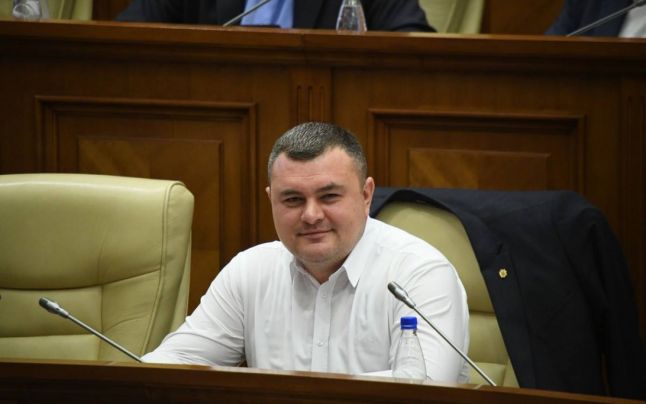 In an interview for TRIBUNA portal, the deputy from the Socialist fraction in the Parliament of the Republic of Moldova, Grigore Novac spoke about the current political situation, how prepared the Party of Socialists is for early parliamentary elections, what to expect next, but also other important issues.

T .: Mr Novac, how would you characterize the current political situation in Moldova?

G.N: In my opinion, the Republic of Moldova is for the first time in such a situation of uncertainty, which is already delayed for three months. From independence to the present, the parties on the left or right side, each time, were able to surrender and, at the same time, to insist on certain principles, but each time they found that balance, so in short terms, they created alliances or governing coalitions.

Of course, there may be many questions and interpretations about those created majorities, but there were no such uncertainties.

I personally and my colleagues, on a daily basis in the territory, are talking to our citizens who are disappointed with the situation created and who are waiting for a majority to be created as quickly as possible, assuming responsibility for governing over the next four years so that to achieve what was promised in the electoral campaign and to solve the problems of the citizens.

T: In your opinion, is there any chance that parliamentary parties will find a solution to overcome the political crisis or will we have early elections?

G.N .: Today we are in a situation where we are, time-pressed to create a governing coalition, but, regretfully, those in the “NOW” Bloc have not yet shown political maturity. The personal ambitions of some political leaders in the Bloc have been put in the forefront, and the interests of the country and the citizens, in the opinion of those in the Block NOW, can be overtaken.

However, I hope we will be able to find that formula so as to avoid early elections.

T .: How prepared is PSRM for early parliamentary elections? Are you personally prepared for a new electoral campaign?

G.N .: Even though the PSRM does not want any early elections, the Socialists are certainly ready to face an eventual election. Socialists begin their preparations for parliament just the day after the last poll.

Personally, I am prepared one hundred percents for a new electoral campaign, especially because we have a young and energetic team.

T: After the parliamentary elections of February 24, PSRM made an evaluation of the electoral campaign. What was good and what did not work?

G.N .: Obviously PSRM made an evaluation of the electoral campaign, carefully analyzed the mistakes, the strategy, and the results, as a result of which he drew conclusions. Who does nothing, cannot fail … I will not focus very much on what was good and bad, it is certain that if we will have new scrutiny, the socialists know what they have to do.

T .: There are many discussions about the mixed electoral system. Given that you are in the second term of office: – you have first been elected deputy on the national list, the second – on a constituency. However, which system, in your opinion, is more correct and better for the Republic of Moldova? Why?

G.N: The scrutiny of February 24, 2019, was based on the mixed system, a new system for the Republic of Moldova, but which, at the same time, provided opportunities for several people to participate in this election, including those who did not want to be a member of a political party.

The mixed system basically requires candidates for the post of deputy to work more in the territory, especially those who run in the uninominal constituencies.

T: What, in your opinion, are the most serious problems that could arise in the way of the Republic of Moldova, following this political blockage?

G.N.: I think the problems that may arise as a result of this political blockage are economic. The argument, I think, is extra.

T .: What, in your opinion, is, however, the real reason why a common denominator between the PSRM and the Bloc NOW  cannot be reached in order to overcome this political blockage?

G.N.: The real reason is that the leaders of the Bloc NOW emphasize the ambitions and personal interests and less the professional vision regarding the way the Republic of Moldova should be governed.

The leaders of the Bloc, on the other hand – say they are not interested in their functions, but at the same time – insist on all leadership functions, the insistence that is not even understood by members of PAS and DA political parties.

As far as my personal involvement is concerned, then I will definitely do my best to help our team.

T.: How do you think the political situation will evolve in the near future? What to expect?