The drum is in the corridor. When does the "funeral" begin?

These days I have been thinking about the situation that has been created lately in Moldova and I remembered a joke. Once someone called someone’s door. The master opened and was surprised when he saw a gentleman with a huge drum. The man behind the drum asked the master of the apartment: Is the funeral in your apartment? Then the master answered him, We have a seriously ill person, but he has not yet died – the doctor says he will live another three days. The man left his drum, babbling something under his nose. In a while, the bell was heard again in that apartment. The master opened the door and, to his surprise, saw the man with the drum again. He said, “Can I leave the drum to you for a while, that you will soon have a funeral, and I find it hard to always carry it with me.

Something tells me that this joke perfectly characterizes the political situation in the Republic of Moldova. After the elections, the impression of a close “funeral” floats in the air. Surely, shortly, someone will “die” (figuratively, of course). And the variants, in the situation we have arrived, are not many. The question is: Who will “die” politically? The Democratic Party? The Party of Socialists? The Bloc NOW? The ŞOR  Party? Any of these political forces have equal chances of “dying,” because each of them has come to a situation where they have to make a radical decision. A small mistake is enough and …

By the way, some can “die” politically and without making any decisions. Because sometimes the lack of action, passivity, apathy, indifference, the fear to assume certain risks is harshly charged by voters, rather than some wrong decisions.

… Or maybe the impression of a close “death ” is not related to the political forces that have passed in Parliament? Perhaps it is the “death” of the democracy or, in general, the “death” of the Republic of Moldova? Who knows … What we can say with certainty is that the drum is in the corridor and that everyone is ready for a “funeral.” And who or what we “will bury”, we will know in the shortest time. 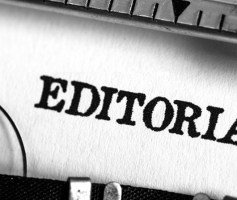