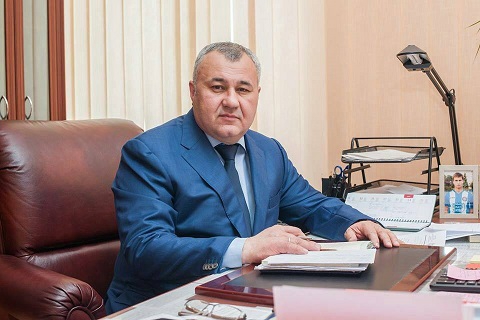 Interview with the mayor of Balti Nikolai Grigorishin

In 2018, you became mayor of Balti municipality, creating a “small miracle”. How did you manage to win in the first round?

“Little miracle” was created by residents of our city. They broke the vicious circle in which we tried to conclude our local politicians from the two ruling parties that ruled the city until 2015. The former Communists, the change of political colour, tried to deceive the Balti residents to return. Fail. There is no going back. Too much became known after the change of city government. By the way, I think that the municipality of Balti was the first to outline the General Moldovan trend. People are tired of this endless rotation of political elites, of these gentlemen, who from year to year, moving from one party to another, remain in high positions. They look for warm places, and for the country, for the city it is torment. I’m sure it’s time for a change. There must be new people who will change everything in this country. One of these people is my friend Renato Usatii, who by the example of Balti showed that it is possible to manage effectively without embezzlement of public funds. We have undertaken reforms at the municipal enterprises, have significantly increased the revenues of markets, has acquired dozens of pieces of municipal equipment. And this is only the beginning, and by the way, all this happened in a fierce confrontation with the above-mentioned elites. This confrontation is not a typical political conflict, as our opponents try to imagine. This is a struggle between the past and the future, so I am sure that the victory will be for new forces. The past, especially this one, is doomed to extinction. I would also like to add that the municipality of Balti has already chosen a new path-Moldova follows.

What is Your relationship with former mayor Renato Usatii?

I know Renato Usatyi many years. He is a wonderful person who managed to stay the same, having achieved success in life. I am proud of our friendship, and I am sure that together we can do a lot for the benefit of people. And this is not the case when you can say that a person is good and fair, only he was born at the wrong time and in the wrong place. Right now, time and place. It’s just that there are some reactionary forces that are trying to delay the change, but it’s not going to work. Time changes everything.

What are your specific achievements as mayor?

I have been in this position for more than six months, so it is premature and immodest to talk about concrete achievements. Our team has been running the city since 2015, and I’m not going to give up on mistakes or achievements. Three years I was the municipal advisor from “Our Party”. By the spring of 2018, we became a majority party in the Council, but now it is not so. Most were intercepted by Democrats. They used the same methods as they received a majority in Parliament. Despite all this, we have achieved a lot. We have already talked about reforms in the municipal sector and additional revenues to the local budget. For the first time, many years later, we upgraded municipal markets to the latest standards. Now Balti has the best markets in the country, but it was not so before. We acquired, without resorting to loans, or received as a gift from the cities with which we signed cooperation agreements, dozens of municipal vehicles, snowploughs, tractors, garbage trucks. We started to repair roads in yards and to equip Parking spaces in yards. As far as I know, this is not even done in the capital. We have installed hundreds of benches and put in order the Municipal clinical hospital, which serves almost the entire North of the country. Renato Usatii, who donated modern surgical instruments and equipment for operations to the hospital, also helps us. All this can be enumerated endlessly. We love our hometown and try to give it a new life. All this time I was surprised by the difference between how officials, and not only them, equip their homes, and how irresponsible they are to the city. We all need to an understand-our city is our common home, and the homeland does not end at the door of the apartment, but only begins. Then everything will change for the better. Already changes.

What are the most serious problems you have faced so far?

We inherited a dilapidated city with infrastructure worn out by 80%. This is a common problem, and it is very difficult to solve with a meagre budget. By the way, many people do not know that Moldovan cities do not form their own budgets. In summer, the Ministry of Finance receives budget forecasts with specific figures and on their basis, the local authorities adopt annual budgets. But this is so, for reference. A serious problem I would call the issue of waste, which is known to all. We inherited it from our predecessors, who signed a concession agreement with a private firm. It’s a good deal for the firm, but not for the city. The same Democrats who in recent years criticized us for the conflict with the concessionaire, in 2012 in the Municipal Council opposed the signing of the concession agreement and said that the city will suffer losses as a result of this transaction, and when there was a conflict, they sided with the concessionaire. Unheard of hypocrisy! Another problem is the repayment of old loans. We managed to reduce the credit burden, but, for example, the loan for the purchase of trolleybuses in 2014, we still have a long time to pay. I cannot say that we are completely against loans. It all depends on the conditions and percentages.

What is your cooperation with the Municipal Council of Balti?

To answer this question, I would not like to use expressions such as “it’s difficult, but we can do it”. The Council belongs to the Democrats. If you remember, we started 2018 with a hunger strike. Those who until 2015 considered Balti to be their feeder tried to return to their schemes and steal their choice from the residents of the Northern capital. Despite the heavy losses, we managed to resist. Working without a majority is quite difficult, but not impossible. Who says it’s impossible is lying. As mayor, I will not allow this Council to make secret decisions that harm the city, but even such a majority cannot fail to vote for the mayor’s initiatives, which are supported by the city’s population. They can’t openly go against the squirrels. Of course, this is quite difficult, and every decision goes a very long way, but in the end, the dispute is born the truth.

What can you say about cooperation with the Central authorities?

One of the main tasks of the mayor is to identify compromise solutions. It is important to distinguish between politics and urban problems. The power in the country that is, and what it will be in February-we’ll see. In any case, we need dialogue on issues that cannot be resolved without a government. We are talking about the budget issues (I have already mentioned how it is formed), as well as purely economic problems. The administration of each city is divided in terms of powers – some institutions are subject to local authorities, others – Republican, education is almost entirely financed from the state budget. That’s the law. Living in a constant confrontation is impossible, wrong and harmful for the city. I don’t think you’ve heard me criticize the Cabinet, which is made up mostly of contract managers. You can and should maintain a dialogue with them. I think our dialogue with the Prime Minister is good. Of course, it is more advantageous for the Balti Democrats to present the situation in such a light that they have a constant confrontation with Grigorishin, and the city suffers from this. And this is done for a reason. We are fighting with specific people who are used to looking at the city as their source of income. Now, these people are Democrats, and after the election, if Nastase and Sandu or Dodon come to power, will they join them? We will never find a common language with these people. I think they should stay out of power.  And I am sure that the residents of Balti municipality agree with me.

What are your priorities for the near future and what do you expect from 2019?

Plans are simple: get the city out of the swamp. These are investment projects, certain intentions related to changes in the infrastructure and the system of public space organization. But at the moment I can‘t talk about it in detail. We were repeatedly put on wheels, especially when it came to foreign investment projects. If in 2019 the government does not cancel the election of mayors, and she has such thoughts, we will fight for a full four-year term and for a new majority in the Council. As you have noticed, I have repeatedly stated that I will not run for Parliament. My birthplace is the city of Balti. I want to make a difference in this town. I consider it my mission.