THE MEN OF THE WEEK - Igor Dodon, the President of the Republic of Moldova 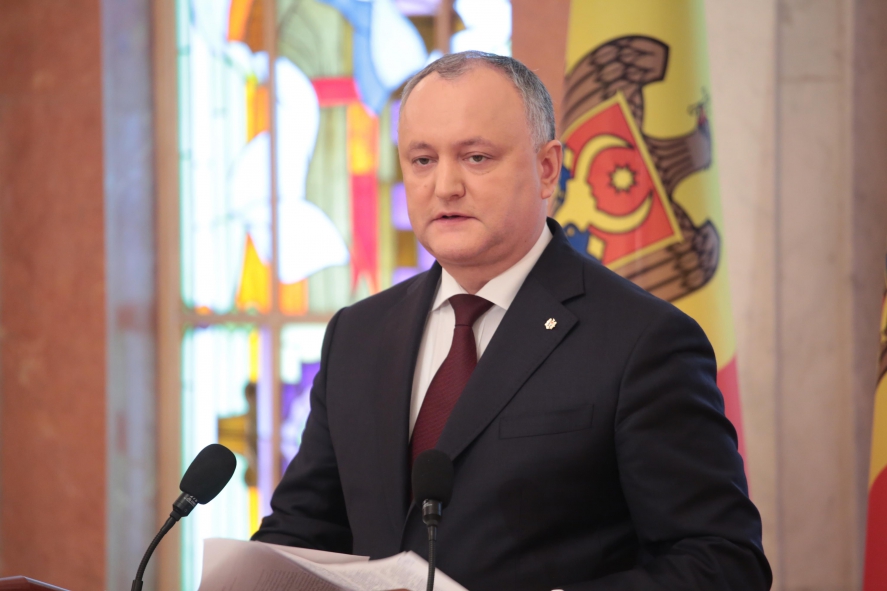 This week, President Igor Dodon announced at a press conference that he would not run for parliamentary elections for the position of deputy and came out with a special appeal to the citizens of the country regarding the course of the electoral campaign for the Moldovan Parliament elections. The President’s announcement made the picture of parliamentary elections clear as possible.

Also this week, President Igor Dodon had a meeting with those who wish to create the Patriotic People’s Movement to support the President of the country and the presidential state.

Even if it’s at the beginning, it’s clear that this Movement will play an important role in the Moldovan politics and it is not even excluded that it will start the evolution of the following events.

Also, this week, the president had a meeting with the leaders of media institutions in Moldova, where several issues of public and political interest were addressed. Other actions of the head of state this week include: the visit of Mihail Suetnov, veteran of the Great War for Homeland Defense, retired colonel-physician, who on January 20 celebrated the 100-year-old (the president gave him ‘’the Order of the Republic’’); the meeting with the Ambassador of the Russian Federation to Moldova, Oleg Vasnetov; the working meeting with the president of the Public Association “The War Veterans Union of Afghanistan”, Mihail Mocan etc.

As a conclusion, it can be said that the President had a fairly active week, which also included events with a strong impact on the whole society.

TRIBUNA mentions: Igor Dodon was born on 18 February 1975, in village Sadova , Calarasi district. He graduated from the Faculty of Economics from the State Agrarian University of Moldova (1997) and then the Faculty of Management of the Academy of Economic Studies of Moldova (1998). Later he graduated from the Faculty of Law in  Economics at the International Management Institute. He obtained the scientific title of Doctor of Economic Sciences at the Academy of Economic Studies of Moldova, the Department of Banks and Stock Exchanges. After graduating from the educational institutions, from 1997 to 2001 Igor Dodon worked at the Moldovan Stock Exchange. Between November 2001 and May 2005, he exercised the post of chairman and member of the Council of Directors of the National Securities Depositary of Moldova SA.Between September 2002 and May 2005 he activated inthe post of president of the Universal Goods Exchange of Moldova. In May 2005, Igor Dodon is appointed Vice-Minister of Economy and Trade of the Republic of Moldova. In September 2006, he is appointed as Minister of Economy and Trade. Since March 2008 he is also First Deputy Prime Minister in the Government of the Republic of Moldova. Since 2009 he is a deputy in Parliament. From 2011 until 2016 he was PSRM President. On 13 November 2016, he was elected President of the Republic of Moldova, with over 52% of the votes of the citizens who participated in the voting.