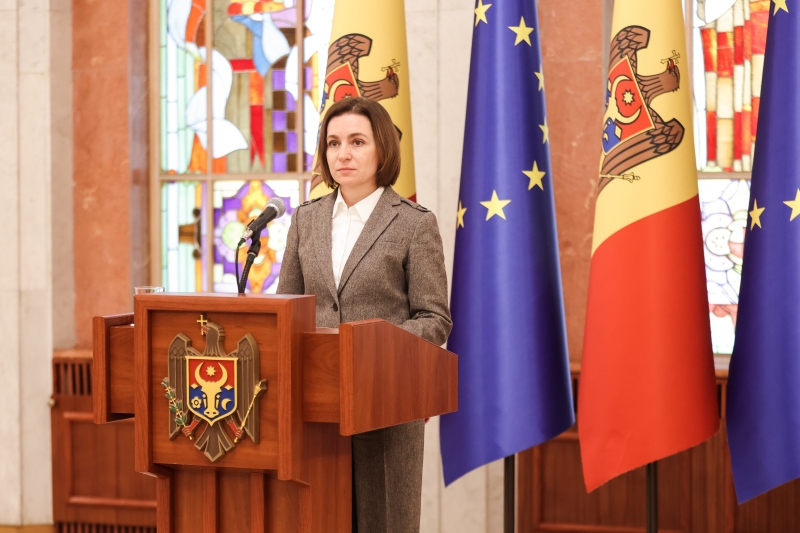 Message of President Maia Sandu on the incidents in the Transnistrian region after the meeting of the Supreme Security Council:

„Today we have convened a meeting of the Supreme Security Council on the subject of the incidents in the Transnistrian region and the security developments in the region.

The Moldovan authorities are following with caution and vigilance the events taking place on the territory controlled by the Tiraspol regime. Our analysis so far shows that there are tensions between different forces within the region interested in destabilising the situation. This makes the Transnistrian region vulnerable and creates risks for the Republic of Moldova.

We condemn any provocations and attempts to draw the Republic of Moldova into actions that may endanger peace in the country. Chisinau continues to insist on a peaceful settlement of the Transnistrian conflict.

The Supreme Security Council has noted the facts of escalation and recommended to public institutions the following:

It is a complex and tense situation. We are vigilant. We will take all necessary measures to prevent escalations, to strengthen the security of the state, and to protect our citizens.

We must remain calm, inform ourselves from reliable sources and avoid distribution of false information.

We call on the media, opinion formers, social and political leaders to behave during this period with maximum responsibility, to distribute only verified information and to avoid using emotional manipulation for the sake of public ratings.

We warn those who, for whatever reason, will act to the detriment of stability in society and the safety of citizens – state institutions will act promptly to stop any such attempts.

These tensions are taking place on territory which, de facto, is not controlled by Chisinau authorities. But this is the territory of the Republic of Moldova, and our citizens live there. Peace, protection of life and well-being of citizens is our priority.

The Republic of Moldova does not intend and does not carry out a blockade of the Transnistrian region. We remain open to continue the dialogue for the settlement of the conflict in the region in a peaceful, diplomatically negotiated manner that will give the people of Moldova, including those in the Transnistrian region, the chance to have a peaceful and prosperous life.”