Statement: However much we don’t want, after the anticipated elections, there will be no milk rivers between the banks of cheese 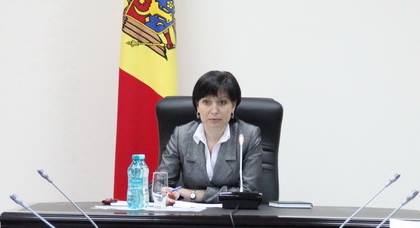 “To those who are now repeating like a mantra from morning to evening EARLY, EARLY, but especially to those who really believe that the anticipations will bring this pseudostat out of the prolonged crisis, I want to remind them that early elections are not a solution to the pandemic situation, nor to the disaster in the field of health, education, agriculture, transport, etc.! ”  – said Tatiana Poting, former interim president of the Romanian People’s Party, who recently announced his departure from politics, informs Tribuna.

Poting, in a post on Facebook, mentioned: “I’m sorry to disappoint you, but no matter how much we don’t want it, after the anticipated elections ,there will be no rivers of milk between the cheese banks, and the sausages will not be ready to fall into hungry mouths as in Budai Deleanu’s epic ”.

„„Anticipations are not the greatest need of Moldovans now!  And not the only recipe to get out of the crisis !!!  Theft, lawlessness, dilettantism, disease and death will not disappear as if by a miracle after the anticipated!  The only obvious change will occur in the list of deputies, but this will also affect only about 50% of the existing ones.  That’s it!  After anticipation, some of the existing deputies will be replaced with others!  Not necessarily more honest, smarter, more professional… “, she declared.

The ex-vice prime minister also said that after anticipating “we will see an even more pronounced polarization based on a balance of forces between PAS and PSRM, which will look for, which so, how to turn more elegantly with Renato Usatii’s party to form a majority… That is again circus, but without bread… ”.