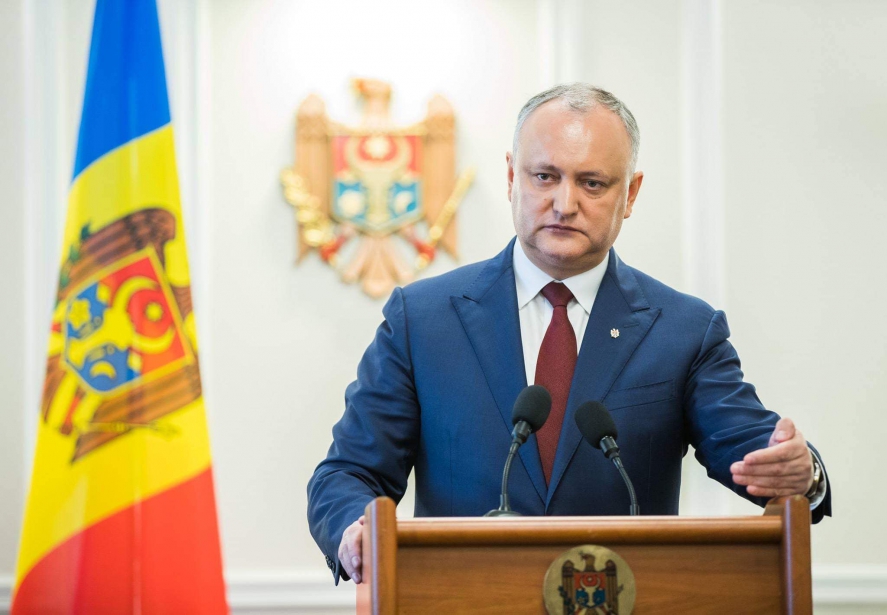 President Igor Dodon today chaired the first meeting of the Supreme Security Council (CSS) of 2020. After the event, the head of state informed the public about the agenda and the results of the discussions at a news conference, the presidential press service has reported.

The first subject tackled by the CSS members is focused on the organization of illegal migration of groups of people citizens of Moldova to European Union member states. In this respect, Igor Dodon stressed that the Moldovan competent bodies, in coordination with development partners, undertook all needed measures to liquidate this negative phenomenon.

The second major subject discussed at the meeting deals with the actions taken by the state’s authorities to enforce the CSS decision on considering the risks and threats to the national security in connection with the sale of the Avia Invest company, concessionaire of the Chisinau International Airport.

In the context, the sides examined the situation of the Air Moldova air company. The Moldovan president noted that, in both cases, the current governance was insisting that the contracts with the investors be cancelled, given that they fail to fulfill the contractual obligations.

The third topic approached by the CSS members regards the criminal situation and measures undertaken by the state to prevent and combat the crime phenomenon, including the serious crimes and those with high impact. In this respect, Igor Dodon stressed that the Moldovan cabinet considered possibility to increase the number of district policemen, in order to prevent crimes and offences.  +

In the end of the meeting, the Supreme Security Council members approved an action plan for 2020, which includes about 60 subjects.