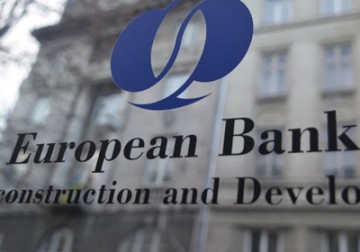 As noted in the message of the European Bank for Reconstruction and Development, the decision to allocate this loan was adopted by the EBRD Board of Directors.

The Bank will allocate the Trans Oil group of companies a syndicated loan totaling $40 million for the implementation of a project with a total value of $150 million. The money is intended to finance seasonal needs for the working capital of the Trans-Oil group of companies. Working capital financing is associated with the purchase, storage, processing, transportation of agricultural products and their sale for export. The project will allow Trans Oil to expand its export through the development of new foreign markets, introduce value-added products such as organic and high oleic sunflower oil into the group’s sales structure, which will increase profitability, making the Trans Oil group of companies even more competitive. It is also expected that within the framework of the project, a number of local suppliers of grain and oilseeds will receive organic certificates for their products in accordance with international standards. Trans Oil Group of Companies is the largest buyer and exporter of grain and oilseeds in Moldova. The group includes 19 elevators throughout the country, capable of simultaneously storing more than 750 thousand tons; 2 oilseed processing plants, in the north Moldova – in Balti, which is a multifunctional plant (soybean and sunflower rape processing, as well as oil refining and packaging) and in the south Moldova, in Ceadir-Lunga, with a production capacity of 1200 tons per day and 400 tons of sunflower per day, respectively; 2 grain terminals and a terminal for sunflower oil in the port of Giurgiulesti; as well as a number of agricultural, transport, infrastructure enterprises, including in Ukraine, own fleet of modern railway cars, as well as a modern fleet for freight transportation. Trans-Oil Group is the largest exporter of sunflower and wheat seeds from Moldova, the country’s largest producer of vegetable oil and refined vegetable oil in bottles with a market share of 80% and 90%. Trans-Oil group of companies is included in the list of 20 largest agricultural holdings of the Black Sea basin and is the largest agricultural holding in Moldova. Over the past 5 years, Trans-Oil group of companies has invested more than $65 million in business development. Port terminals in Ukraine were purchased, a second port terminal was built in Giurgiulesti, as well as a modern pneumatic connection between the two terminals, and the crude oil production workshop was completely updated, which increased not only productivity but also the quality of the products. 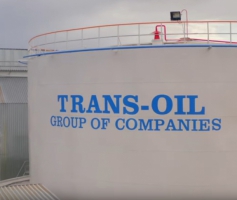 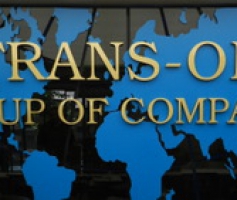