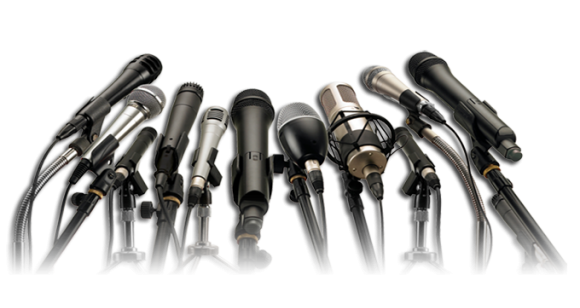 A number of civil society organizations signed a statement by which they demand to set free Alexei Alexeev, who was arrested after the September 17 protest mounted by the Great National Assembly Council. Alexei Alexeev is accused of entering the police cordon with a minibus and of hurting police officers. The signatories of the statement express their concern about the deviations from the democratic principles and intimidation of protesters by abusively arresting a person who facilitated the staging of the protest.

In a news conference at IPN, executive director of the Institute for Public Policy Arcadie Barbarosie said the case of Alexei Alexeev is extraordinary, but not the only one of the kind. The police, instead of defending the protesters, intimidated them. “Alexei Alexeev followed the instructions of the police. He went as far as the police officers allowed him to and the first reaction of the police was that he was innocent, while the reaction that followed was clearly one of unhealthy control of the situation. We have nothing to do but to protest to allow the free people to state their opinions in this country,” stated Arcadie Barbarosie.

Transparency International Moldova president Lilia Carasciuc said Alexei Alexeev didn’t deserve to be arrested. “That vehicle that was driven by Alexei Alexeev carried amplifiers that are used to call for public order during protests. The people weren’t aggressive at all. Some were tied and sat down near the building of the TV channel. Don’t try to shut the population up as this population becomes more nervous,” she stated.

Stefan Gligor, programs director at the Center for Politics and Reforms, said that every time protests are mounted, central and local institutions and the police intervene to demotivate the people, including by the case of Alexei Alexeev. Repressive measures are applied against participants by using false pretexts to hamper the protests.

Expert Sergiu Tofilat said that Moldova during the last few years received millions of euros from the EU to reform the justice sector, but justice was transformed into an instrument by which the ruling party struggles with the political opponents and the people who try to warn about the wrongdoings committed in the country. The human rights remained on paper only. Moldova has political prisoners and the resonant cases are tried behind closed doors.

“It was cynicism for the media to report that police officers suffered injuries. It wasn’t like that. On the contrary, two women suffered after teargas was fired at them. I call on the people not to believe the information disseminated by the press affiliated to the government and not to allow to be intimidated, while the Broadcasting Coordination Council should seriously analyze things to see what kind of untruths are spread by the media,” said Transparency International Moldova expert Ianina Spinei.

Alexei Tulbure, activist and Moldova’s ex-ambassador to the UN, considers all the acts by the police are technics to render the population stupid and to destroy the human feelings and capacities to resist processes that take place in Moldova. “We are witness to a continuous process of liquidation of democracy in the Republic of Moldova,” he stated

Ion Guzun, legal consultant at the Legal Resources Center of Moldova, condemned this case and called upon the responsible institutions not to blame the people, but to think to what extent they ensure the realization of human rights and act professionally. “Any citizen has the right to protest and the state is obliged to ensure their integrity and freedom. If a person takes to the streets, it means that we still have a chance to establish democracy and the attempts to hamper this process are condemnable,” he stated.

Activist Valeriu Pasa noted the manipulation of the population in this case started from the press service of the Police, which said that a minibus entered the crowd and associated the rally of protesters with terrorism. It also said that the driver ran away, but he actually stood there and went home after the protest and was arrested by masked officers there.

The signatories of the statement request the Appeals Court to immediately examine the appeal of Alexeev’s lawyer and to order to release him. The people’s ombudsman is asked to intervene in this case, while the Prosecutor General’s Office to stop the investigation and to drop the charges against Alexei Alexeev.