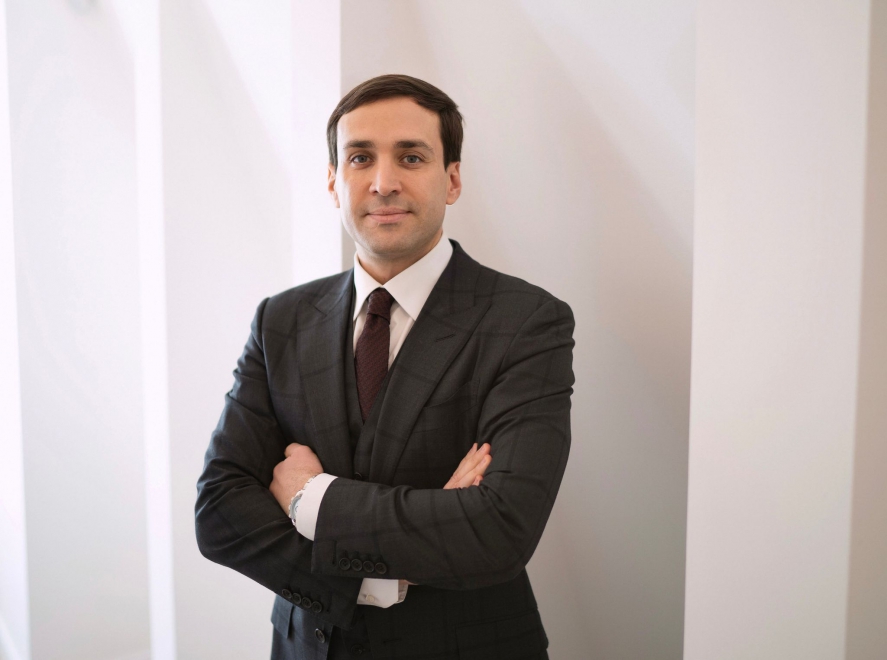 “Moldova and Ukraine have given special consideration to our common concern about the energy sector. Both sides have confirmed their readiness to strengthen their cooperation in order to ensure the energy security of our states», – said Moldovan President Maia Sandu after negotiations with her Ukrainian counterpart Vladimir Zelenskii in Kiev on June 27.

On the one hand, this statement seems to be somewhat common, on the other hand, it is not only a complex issue, but also extensive work is being carried out by the Government of Moldova to ensure the stable operation of the country’s energy sector.

Over the past six months, a number of events have dramatically changed not only the geopolitical situation in Europe and the world, but also have a direct impact on Moldova’s energy sector. Both opportunities and risks have emerged.

The country’s accession to the European network of system operators of electricity transmission (ENTSO-E), as well as the recent decision of the EU to grant Moldova the status of a candidate country for EU membership are primarily considered to be the great opportunities. This allows to integrate domestic systems with European ones as well as to diversify the sources of the electricity supply.

Starting from June 30 the commercial exchange of electricity between the EU countries and Moldova within the framework of ENTSO-E has already started.

However, these same steps towards further integration of Moldova into the EU have also brought risks. After becoming an EU candidate, Moldova decided to join the European sanctions against Russia. We will show solidarity with the EU. Both the status and our aspiration to Europe oblige us to be united in the future», – said the Speaker of the Moldovan Parliament Ihor Grosu.

This position has already caused a negative response and even threats from the Russian Federation. “They can try, but it will surely deprive them not only «expensive» energy but all the other resources», – said Deputy Head of the Security Council of the Russian Federation Dmitry Medvedev.

While it looks more like a verbal picket line, EU experience shows that Russia can move quite quickly from words to action. In this case it is likely to be the termination of gas supplyas well as the risk of creating problems with electricity supply from the Kuchurgan power plant («MoldGRES»)which is controlled by the Russian group Inter RAO UES and satisfies about 70% of the country’s electricity needs.

In this context, the discussion by Ukraine and Moldova the joint steps to ensure energy security looks quite natural. Moreover, given that Ukraine, like Moldova, joined ENTSO-E and became a candidate for EU membership, such cooperation becomes even more justified.

It is a well-known fact that Moldova and Ukraine used to try cooperation in the energy sector. In 2017 «Energocom» signed an annual contract with Ukrainian «DTEK Trading» for the supply of electricity. At that time, Ukrainians offered the price of $50.20 per MW h, which turned out to be $2.2 lower than the price offered by the Kuchurgan power plant. However, later «DTEK» adjusted its volumes and cut exports three-fold. Moldova had to resume deliveries from Transnistria.

In 2022, cooperation efforts have been resumed. First «Energocom» signed a «trial» contract with the Ukrainian company «Ukrgydroenergo» for the supply of electricity, and later the Moldovan company agreed on deliveries with «Energoatom», the largest state generating company of Ukraine. Thus, Moldova has found a way to partially diversify its electricity supply. This weakened the monopoly of the Transnistrian «MREP» and at the same time strengthened the energy security of the republic.

According to the Deputy Prime Minister, Infrastructure Minister Andrei Spinu, in June «Energocom» was going to buy about 30% of the electricity needed by Moldova from «Energocom».

The downside of this situation is that Ukrainian electricity is more expensive than that sold by «MGGRES» (about $77/MW versus $60/MW). On the other hand, the war and the shutdown of large industrial enterprises in Ukraine caused a huge surplus of electricity, which may lead to fall in price in the future. Moreover, it is important to develop alternative sources of supply, because their availability will protect the energy system of Moldova, in case Russia does move to the realization of its threats.

It seems that today, in case of necessity, Ukraine will be able to cover all the needs of our country for electricity. It certainly should not be considered as a «panacea» in the long term, but it is a good insurance for the short term.

Ukrainian authorities have also repeatedly announced ambitious plans to start deliveries to Romania, Slovakia, Hungary and Poland. According to my data, Kiev is considering the creation of a separate infrastructure that will promote electricity export to the European market. And here Moldova can offer its services as an electricity transiter to neighboring Romania.

In general, the Moldovan authorities actually confirm their intention to bring the energy industry out of the crisis, or, as Maia Sandu said «dramatic» situation.

Moldova’s energy system really needs to be transformed. Since independence, it has always had to face challenges, ranging from power outages in the 1990s and worn out electricity grids to high prices for the population and reduced energy consumption. All these factors have had and have had a cumulative effect, which affects the position of Moldova in various ratings.

For instance, we rank penultimate in the rating of European countries in terms of electricity availability, – a citizen of Moldova can “buy” 4,700 kWh with an average salary. Only Romania is inferior to us with the figure of 4147 kWh. The leaders are Iceland and Liechtenstein. Citizens of these countries can afford to purchase 29386 and 26696 kWh respectively with their salary. The situation with regard to the World Energy Trilemma Index – 2021 is no more encouraging. Moldova takes the 68th place out of 127, and this is the worst indicator among European countries. The index itself is compiled taking into account three main parameters: energy security, energy equity (financial and physical access to electricity) as well as energy sustainability.

Incidentally, European countries hold leading positions in the ranking – they take eight places in the top ten. Sweden ranks first, followed by Switzerland and Denmark. And this fact should further motivate Moldova for greater integration into the European energy grid. In this context, Moldova should take into consideration the pan-European “green deal”, that is, the transition to renewable energy sources such as the sun, wind and biofuels. And in that regard, Moldova has some real potential.

Moldova has already had specific successful examples of alternative energy sources development. For example, the German-Moldovian company Südzucker-Moldova has built biogas plants. Last year, about 8.5 million cubic meters of biogas were produced there. The studies show that Moldova has a significant potential for solar and wind energy. To date, this potential has not been exploited.

The share of RES in the structure of total energy consumption is about 12%, being significantly lower than in the EU countries. At such a pace of development, it is unlikely to achieve the desired 30% by 2025 without maximum assistance from the authorities for attracting investment. Moldova is a candidate country for the European Union. This means that the requirements for it, including energy sector, are expected to be very high and therefore strictly evaluated. Anyway, we are aware of the hard way ahead being pressed by time but we, Moldovans are hardworking people and I am sure that we can do that.

expert and consultant of a number of European companies in the field of energy, chemistry and technology