None of theses of President Dodon in Brussels met with success, MEP 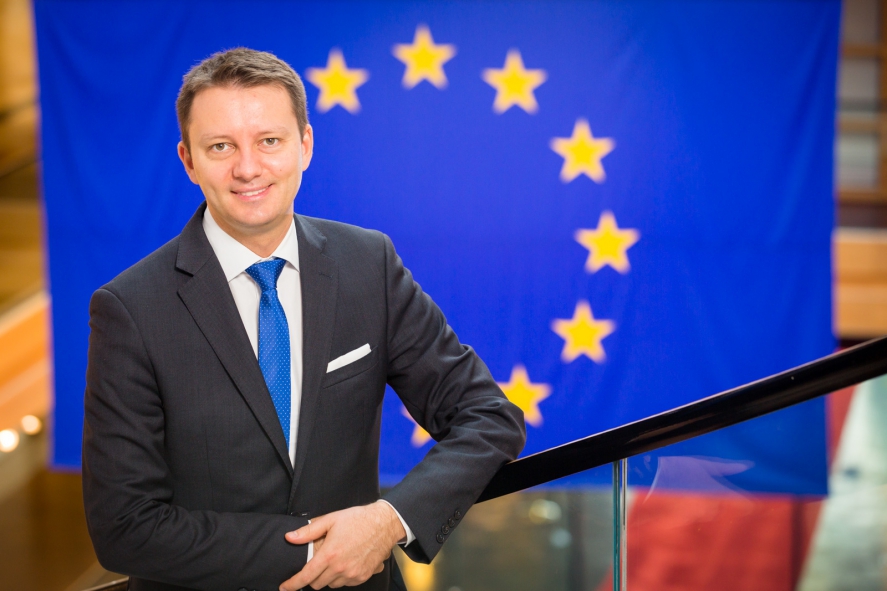 President Igor Dodon is trying to use his visit to Brussels to gain political advantages at home, in the Republic of Moldova, but none of his theses met with success there, considers MEP Siegfried Muresan. In an interview for Radio Free Europe, the MEP said that on the contrary, after this visit it became evident that the European Union is firmly committed to implement the Association Agreement voted in the European Parliament, IPN reports.

Siegfried Muresan said the EU funds, both the €100 million and other funds totaling €746 million allocated for seven years, 2014 and 2020, will come if the reforms stipulated in the Association Agreement are implemented. “Not by texts, by words or by promises, but by doing reforms that we actually both agreed, the European Union and the Republic of Moldova,” he stated.

As to Igor Dodon’s statement that the US$1 billion disappeared from the Treasury immediately after this Moldova-EU agreement was signed, the MEP said there is no connection between the two facts. “The US$1 billion disappeared in Chisinau and those to blame should be looked for in Chisinau. The investigation should advance much more rapidly. Meanwhile, I didn’t see Igor Dodon being very courageous in the fight against oligarchs and protecting the public budget either. So, the investigation must continue there where those to blame must be held accountable,” stated Siegfried Muresan.

The MEP expressed his skepticism about the fact that Igor Dodon is the person who can cast light on the Moldovan budget and banking fraud. He said the investigation should continue and those who stole the money should be brought to justice.

In another development, the MEP said there is no place for Russia in the negotiations between the EU and Moldova, which are held on equal terms. The EU does not tell Moldova what destiny and future to embrace, but knows one thing – that the Republic of Moldova is a state in the middle of the European continent, which has a European history and culture and the citizens of the Republic of Moldova form part of the same nation as the citizens of Romania, which is an EU member state.