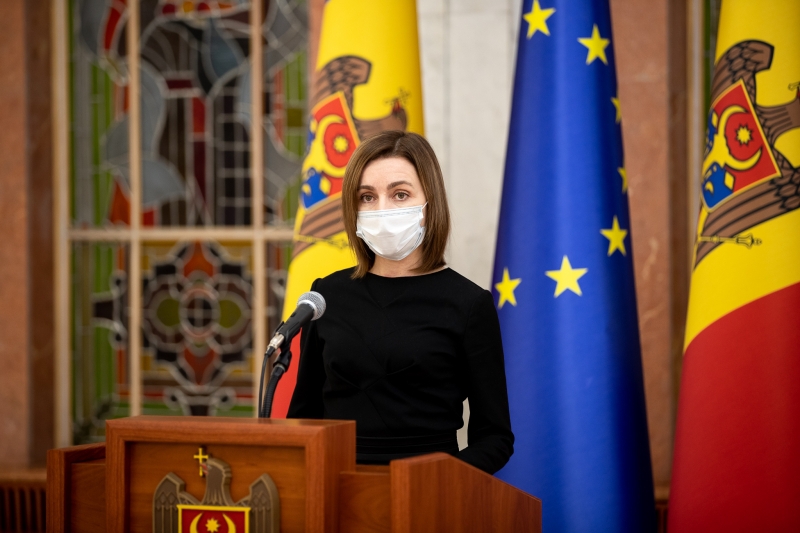 President Maia Sandu today participated in the ceremony on the 30th anniversary of the foundation of the National Army’s General Staff – the centre of military command of Moldova’s Armed Forces, the presidential press service has reported.

At the event, the head of state awarded distinctions to officers and specialists of the General Staff, who proved self-sacrifice and irreproachable work in the service of the Motherland.

Following the ceremony, President Maia Sandu visited the military camp No 142, which hosts the dwelling space and the sports complex where the National Army soldiers are trained. The military camp’s infrastructure is in a good condition, but needs additional investments.

The head of state, Supreme Commander of the Armed Forces said that the Moldovan soldiers had an international reputation of good professionals, confirmed in peacekeeping missions and international military exercises; yet, the insufficient investments in the Army in the last 30 years led to the stagnation of the situation in the military sector. At the same time, Maia Sandu stressed that Moldova needed a functional and modern army now, more than ever, able to respond to the challenges of the time; yet, for this, the authorities must invest in the military infrastructure and supplying the strength with the needed things.

„The servicemen must have proper conditions for living and work, if we want to transform the National Army into a reliable shield for the independence and territorial integrity of Moldova,’’ head of state said.