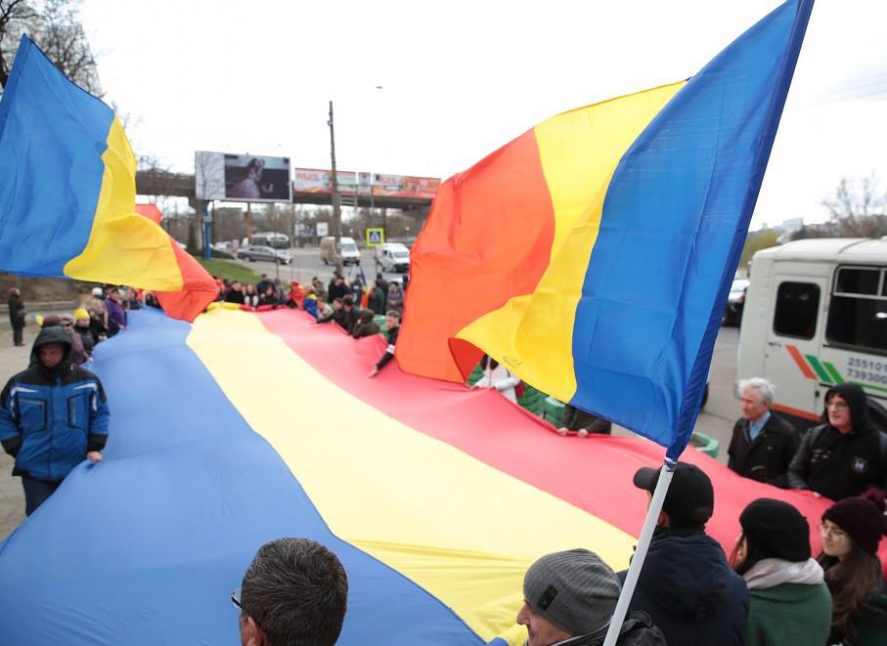 A Tricolor parade, dedicated to the 101st anniversary of the Union of Bessarabia with Romania, is taking place today in Chisinau, TRIBUNA informs.

In this way, a tricolour of 101 meters was carried out by the participants in the parade.

The event started at 15:30 and has the following route: The Romanian Heroes Cemetery (Decebal 17) – Train station – bd. St. Stephen the Great and the Great Square of the Great National Assembly.

According to organizers, the Hora of Union will be played in the Great National Assembly Square.