Delegates from Moldova’s newset political party have been visiting the European Parliament in Strasbourg to appeal to MEPs for assitance in getting the head of their party, Ilan Shor, released from almost one year’s house arrest.

In 2013, after many signals about the catastrophic situation in a large Moldovan public bank “Banca de Economii” (BEM), it was allowed to put it in the hands of private investors. It was established that the bank could become bankrupt following the issuance of unsecured and irrevocable credits. For more than 15 years the outflow patterns of the bank’s funds involved senior BEM executives as well as senior government officials.

In August 2013 the Government took the decision on the additional issue of the bank’s shares in the amount of 80 million lei and their sale to private investors. According to the results, the share of the State decreased to 33.1% and the shares were bought by the private companies. Some time later Mr. Shor was elected Chairman of the Board of Shareholders. Independent expertise showed a gigantic financial hole, nearly 600 million euros, which was not included in the government documents. By imposing the bank on private investors the government with Vlad Filat at its head has hidden the true dimensions of the disaster.

Attempts to save the BEM with the participation of Mr. Shor’s personal bank “Banca sociala” and even of a Moldavian bank “UniBank” were suddenly interrupted in 2014 when the rights of the new shareholders were annulled by the Judicial Chamber Of the Republic of Moldova and the National Bank introduced special management in the BEM. All manipulations with the funds of the public reserves were made only under the control of the State, in particular of the National Bank.

The situation in the bank was aggravated at that time, since the credits issued under pressure to the firms affiliated to Prime Minister Filat were added to the damage of the issuance of unfavorable credits in the past years. This is the ordinary pattern of corruption in which the senior official demands the business of under-the-table bribes, in the form of irrevocable credits.

Ilan Shor was arrested and placed under house arrest. In 2015 he was released following participation in local elections. He won the victory in the elections and became the mayor of Orhei, a small town 40 km from Chisinau. To the general opinion, today Orhei is a most dynamic and successful developing city of the Republic of Moldova.

By feeling an aggrieved party having suffered financial and reputational damage, Shor is actively cooperating with the investigation. His sincere narrative condemns the senior official for corruption for the first time throughout the history of the independence of the Republic of Moldova. Former Prime Minister Vlad Filat, who is the current MP, has been sentenced to 9 years in prison.

In 2016 Ilan Shor was elected president of the party “Equal Rights” which was accordingly called the SHOR Party. The party offers its candidate for the post of President of the Republic of Moldova but it is lifted from the race for reasons invented.

During all this time Ilan Shor does not leave the territory of the Republic of Moldova, he appears at the first call to interrogations, to the audiences. There is no reason to suspect that he can enjoy his freedom to influence the investigation. Yet on June 22, 2016 by the court decision Ilan Shor was first detained in a remand prison and then under house arrest. This greatly limits his rights and the ability to effectively carry out his obligations to the elected mayor and the political party in legal pursuit. Several attempts by lawyers to challenge this coertion measure have been unsuccessful.

On 22 June a year passed from the time of Ilan Shor’s house arrest. In accordance with the Constitution of the Republic of Moldova it must be pronounced a judgment or release him until 22 June. The prosecution has already stated that it intends to challenge a likely decision on the release of Ilan Shor. This contradicts legislation. 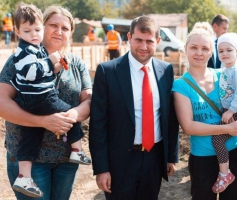 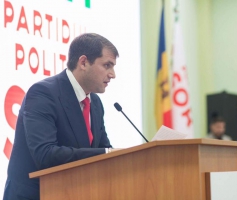 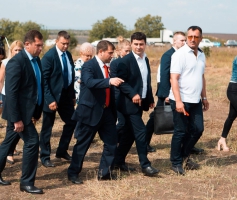