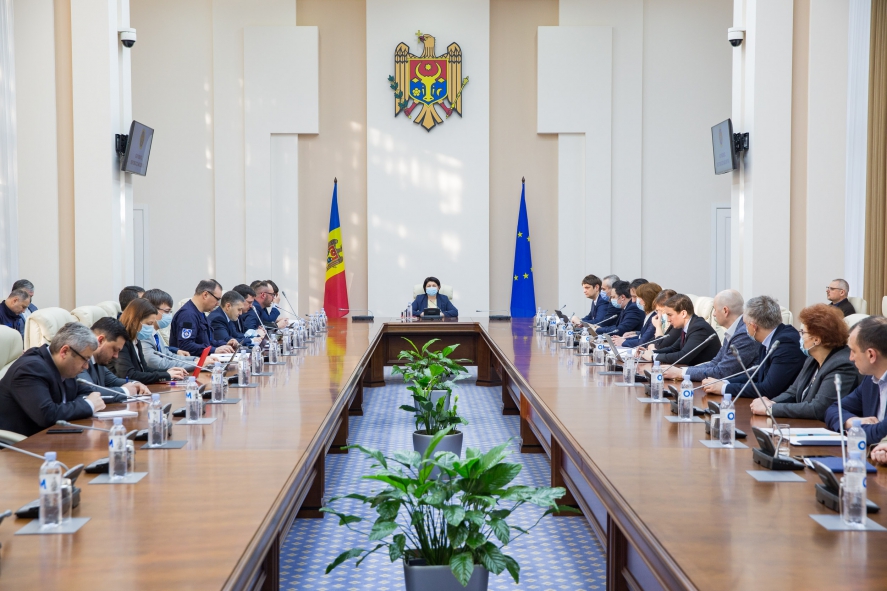 The state of emergency established in Moldova till 24 April might be extended by another 60 days. A report to this effect was approved at a today’s meeting of the Commission for Emergency Situations (CSE), chaired by Prime Minister Natalia Gavrilita.

Thus, the Interior Ministry is to prepare and submit to the cabinet for consideration a draft Government Decision on the submission to parliament of the proposal on the prolongation of the emergency state, as well as the draft Parliament Decision to this end.

The CSE members also ruled to allocate 995.5 thousand lei from the government’s Intervention Fund to the territorial social assistance structures, which are directly involved in the process of management of the migration flow and the one of refugees. The financial means will be distributed for providing the compensation benefit for the work carried out in conditions of high risk for health. Another 30.3 thousand lei will be earmarked to the Local Public Authorities (APL) of the first level and another 4,350.5 thousand lei – to the second-level APL.

CSE also introduced clarities as to the ceasing of the activity of the placement centres, which will be possible under an order by the National Social Assistance Agency, if a lack of beneficiaries is recorded at the centre for more than five days in a row or if the institution works at a capacity of up to 10 per cent for more than seven days.

The families benefiting from social assistance for the cold period of the year, which accommodate people refugees from Ukraine, will further receive support on behalf of the state, without the need to declare the changes which occurred in the family’s composition, the incomes and assets of the temporarily accommodated persons.