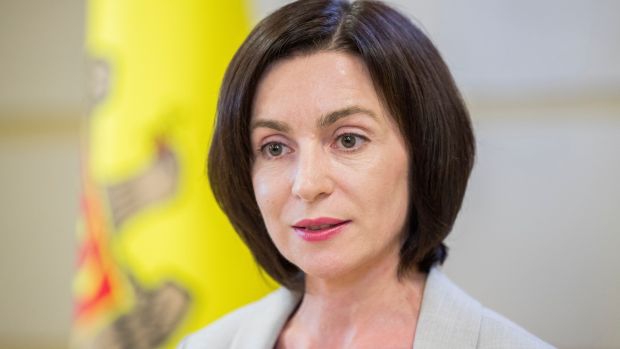 During the period of September 18 to 19, 2019, a delegation of the Government of the Republic of Moldova, led by the Prime Minister Maia Sandu, paid a visit to the United States. On September 18, 2019, the delegation met with the Diaspora representatives in Washington, DC at the Rayburn House Office Building. At the end of that meeting, Madam Prime Minister Maia Sandu granted an exclusive interview to Tiberiu Dianu. Tiberiu Dianu has published several books and a host of articles in law, politics, and post-communist societies. He currently lives and works in Washington, DC and can be followed on MEDIUM. https://medium.com/@tdianu

1. Prime Minister Maia Sandu, what are the goals of your visit to the United States?

I am here to communicate to the US authorities about the vision and priorities of the government that I lead. I am here to thank you for the support we have gained since the independence [from the Soviet Union on August 27, 1991]. Yes, and for the support that has been given to the government that I lead from the first days [of June 8, 2019]. And I am here to get support on important areas for us, such as judicial reform, fighting corruption, security issues, creating economic development opportunities. And today we had a lot of great meetings, including with Vice President [Mike]Pence, it was a good visit, as I said. https://www.whitehouse.gov/briefings-statements/readout-vice-president-mike-pences-meeting-prime-minister-moldova/

2. With the First Lady,you mentioned.

We talked about the meeting with Ivanka Trump, a meeting where we discussed…

3. With the First Daughter.

Exactly, a meeting where we discussed possible projects to support women in politics and business. And tomorrow we will be here for another round of meetings.

4. So, the next day.Thank you. What are the challenges now facing the Republic of Moldova?

First of all, the Republic of Moldova has to convince it sown citizens to stay home, to regain people’s confidence in the state of the Republic of Moldova and for this we have to do many things. First, we have to reform the judiciary, we must let people know that justice will do them justice. We have to build anti-corruption institutions, so that all those who have been involved in major corruption acts, in particular, are sanctioned. We have to try to recover at least some of the money that was stolen from the government.We must create these economic opportunities, we have to improve the business environment, because only through economic development we can provide jobs,higher salaries and, respectively, to increase the living standard of citizens.We must have solutions for the external risks and security problems we face. We discussed, including here in Washington, about the Transnistrian conflict and the challenges we face because of this frozen conflict. And, obviously, the most important thing for us is to move toward the European integration.

5. You also mentioned about judicial reform. A few words, as an internal challenge.

This is the biggest challenge at the moment. The judiciary has been used, over time, by interest groups, by certain politicians. The citizens’trust in justice has been lost completely, and this means, first of all,distrusting the government and, two, it means that the investors, both local and foreign, will not want to invest in the Republic of Moldova because they are not sure that the their monies belong to them or [that] they will be defended by the judiciary. There is a resistance in the system. Changes are difficult. At the political level it is not easy to promote these reforms. But we are determined and will insist. It is the most important priority of the government that I run.

6. Last question,Madam Prime Minister. How do you see, in your opinion, the role of Romania infulfilling the goals of the Republic of Moldova?

We have a very good relationship with the Romanian government. Since the first days of this government we have been receiving all the support. We have managed to make a few visits to Bucharest and start discussions on several levels. I talked about the urgency of implementing certain projects initiated in the past. And here I refer, first of all, to the Iaşi-Chişinău Gas Pipeline. We have started discussions on new projects, such as the Ungheni Bridge. We are talking about support in the field of justice, in the field of education. And we want things to happen very quickly. Both for long-term projects, but also for projects that can demonstrate short-term results.

7. Can you elaborate a little bit, for the readers of the magazine, on that technical side, with the pipeline, about the thinner and wider pipes?

Much work is being done on this project, at the Iaşi-Chişinău gas pipeline (Iaşi-Ungheni and now Iaşi-Chişinău). I underst and that in the past there were certain impediments created by the Chişinău governments. And we can only suspect why this happened, because the monopoly is known to be used to generate illegal revenue for certain politicians. We believe that this gas pipeline will allow us to get rid of Russia’s monopoly on natural gas supply to the Republic of Moldova. And, on the Moldovan side, the project will be completed, the construction will be completed by the end of this calendar year. On Romania’s territory, we understand that the project or construction will be completed by the middle of next year. It is important to make the pipes wider so that, through this pipeline, we can reach the maximum capacity of one billion and five hundred million cubic meters of natural gas,which would represent half of the consumption of the Republic of Moldova, a very important volume for us.

TIBERIU DIANU has published several books and a host of articles in law, politics, and post-communist societies. He currently lives and works in Washington, DC and can be followed on MEDIUM. https://medium.com/@tdianu 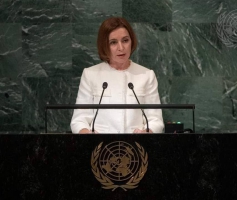 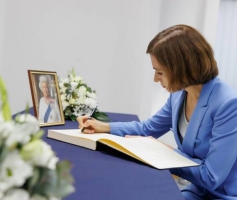 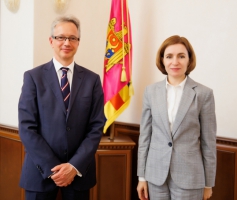 The Head of State met with Claus Neukirch, Head of the OSCE Mission to Moldova, at the end of his mandate in our country