Even if they fielded the own candidates for the presidential elections and started to collect signatures in favor of the candidates, the Political Party “Platform Dignity and Truth” (PPPDA) and the Party “Action and Solidarity” (PAS) didn’t give up the idea of identifying a common candidate for President. The leaders of the two parties Andrei Nastase and Maia Sandu made such statements in the program “In Depth” on PRO TV Chisinau channel, IPN reports.

Maia Sandu said that a decision as regards the common candidate will be taken by the end of September. “Until then, we will analyze things and will then decide who the most suitable candidate is, depending on the decision of our supporters. We will take the decision based on the people’s perception, not on the whims of candidate A or B,” stated the PAS leader.

Andrei Nastase confirmed that they didn’t give up nominating a common candidate. “We need to combine efforts and to be open and not stop at the own parties,” he said.

Andei Nastase noted that an agreement on a common candidate was close to be reached in the discussions between the PPPDA, PAS and the European People’s Party of Moldova, but the next day Iurie Leanca abandoned the negotiations, arguing that these are stagnant. “We laid the bases of an agreement in Germany, but particular persons gave up later,” he stated. 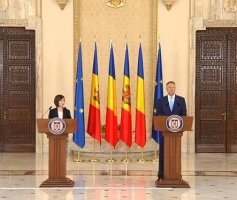 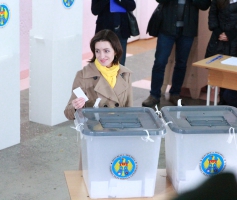 Maia Sandu: I voted for wonderful people of this country 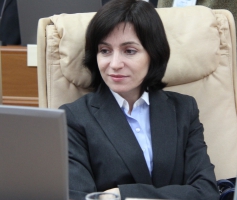